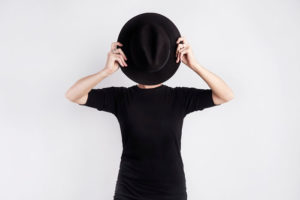 It’s not uncommon to hear “narcissism” and “narcissist” used to casually describe people who:

While these traits are all associated with narcissistic personality disorder (NPD), people with just a few of these traits may not necessarily meet criteria for diagnosis. What’s more, other significant characteristics of narcissism are less recognizable, so they aren’t always associated with the condition.

It’s generally a good idea to avoid labeling people with mental health diagnoses when you don’t have a full picture of their mental health. In other words, someone’s diagnosis is typically between them and their therapist or psychologist, unless they choose to share that diagnosis. But it is true that people with traits of narcissism generally show a mask of superiority and arrogance to the world. They may seem full of themselves, demand appreciation from others, and appear to have high self-esteem. But an inner core of insecurity often lies behind this mask.

According to the Diagnostic and Statistical Manual of Mental Disorders (DSM-5), people with NPD almost always have a fragile sense of self-esteem. Because of this, they spend a lot of time thinking about how others perceive them and how well they’re doing in life. This insecurity contributes to the continuous demand for admiration associated with NPD.

Many people with narcissism struggle with pervasive feelings of insecurity underneath the outward superiority and entitlement they present to the world.

Many people with narcissism struggle with pervasive feelings of insecurity underneath the outward superiority and entitlement they present to the world. But this experience may be most commonly associated with covert, or vulnerable narcissism. Many people with this subtype of narcissism do show outward signs of sensitivity to criticism and insecurity. This insecurity, often tied to the concept of being less than perfect, can contribute to mental health concerns such as stress, anxiety, or depression.

This insecurity can manifest as difficulty accepting criticism, or anything seen as criticism, since critiques can trigger feelings of vulnerability. Someone with narcissism may, for example, take constructive advice from a supervisor as a personal attack and react angrily. They might offer a reply laced with contempt or derision or they make a passive-aggressive or mocking comment. This reaction, lashing out in response to a slight, can humiliate or reject the person offering the critique. People with NPD generally do this to help relieve the potential threat to their self-esteem.

NPD is a complex personality disorder that involves feelings of insecurity, but insecurity is not only linked to narcissism. It’s not uncommon to feel insecure or struggle with moments (or longer periods) of low self-esteem, even if you have no mental health diagnosis at all. One way to differentiate narcissistic insecurity involves looking at the person’s response to perceived criticism or other threats. Responding with aggression, rage, or passive-aggression could suggest narcissism, though this isn’t a definitive diagnostic tool.

Maintaining a relationship with someone who has NPD can be difficult, especially without support from a mental health professional. Many people living with narcissistic traits may have had a parent with NPD, experienced insecure attachment as a child, or have other attachment issues. It’s also not uncommon for people living with NPD to experience depression, anxiety, and suicidal thoughts, or abuse substances. These can all cause relationship difficulties, though dealing with the main traits of narcissism may pose the greatest challenge.

People with narcissism generally need a lot of admiration and approval, since receiving this admiration may help combat the underlying insecurity. But because NPD typically involves a lack of empathy, they usually don’t offer much in the way of reciprocation. This is one key reason why people living with NPD are usually labeled “toxic.” They need their romantic partners to praise them, listen to them talk about their feelings and topics of personal interest, and demand devotion and regard. They might talk about their envy for others or project those feelings by talking about how others envy them.

This can be draining for romantic partners and family members of people with narcissism, particularly as people with NPD may also express insecurity by accusing partners of being unfaithful, not caring about them enough, or not doing enough for them. They might use emotional abuse tactics, including gaslighting, to try and control partners so they’ll remain in the relationship and continue offering admiration and regard.

These attitudes and attacks can cause a lot of emotional pain. They can also lead to feelings of insecurity in anyone involved with a person with NPD:

Existing research on narcissism suggests people with NPD do tend to feel insecure, whether they display this insecurity outwardly or not. Insecurity may provoke many of the problematic behaviors associated with narcissism. Both a 2015 article looking at the diagnostic challenges of narcissism and a 2017 review examining the connection between narcissism and behavior on social network sites like Facebook suggest insecurity is more often seen in people with vulnerable narcissism, who might present as humble or reserved and tend to put themselves down.

Katherine Fabrizio MA, a licensed professional counselor in Raleigh, North Carolina, helps people who were raised by narcissistic parents heal. She explains, “At their core, the person with narcissistic personality disorder is deeply insecure. They feel unworthy, ashamed, and empty. They hide this emptiness from themselves and others with a set of defenses that act as a storefront. The cover-up story they tell themselves and others constitutes those defenses, which are designed to artificially fill them up—all while hiding the fact that they feel truly empty.”

It’s important to recognize that although people with narcissism may struggle with unwanted emotions and experiences that cause distress, these feelings don’t excuse their behavior. Insecurity can be hard to face, but it’s possible to work through this, along with any other emotional or mental health challenges like anxiety, without emotional abuse or other problematic behaviors.

If you often feel insecure, working with a therapist can help you overcome this mindset and develop a greater sense of personal empowerment. If you struggle to recognize or understand the feelings of others, or if you tend to lie or manipulate others to get your needs met, you may want to reach out to a therapist who can help you learn new ways of relating to others so you learn how to meet your own needs and support the people in your life.

Anxiety and insecurity can result from setting too-high standards for yourself or wanting to achieve things that aren’t realistic. But in either case, a therapist can help you recognize your capabilities and potential for success so you can set more achievable goals for yourself.