Taking Back Your Life from a Narcissistic Family Upbringing 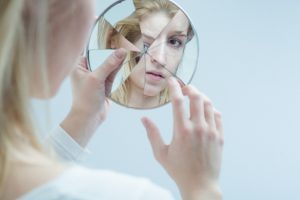 People with narcissistic qualities tend to view life in black-and-white: a world of only losers and winners, victims and victimizers. They loathe feeling like losers or victims. In the case of parents with narcissism, they often shunt those roles onto their children.

Why? Because people with narcissism need to be fed. A person with extreme narcissistic tendencies is like a balloon with a hole, endlessly leaking esteem, always needing a refill. Such a person’s air supply: attention. And who better to provide attention than the captive audience of one’s children?

If you had a parent with narcissism, you may have been trained to focus not on your own feelings and needs, but rather on those of your parent. Parents with narcissism may wheedle, confuse, or bully you into attending to them, ignoring their lies, and tiptoeing around their vulnerabilities. They generally need your life to be about them. Some people with narcissism, feeling empty at their core and lacking a healthy sense of self, may steal from your very relationship with yourself.

But you aren’t a child anymore. You have power and options you never had as a child. Here are six ways you can take back your life after a narcissistic upbringing:

1. See Beyond the Narcissistic Facade

People with narcissism tend to be pretenders. Dwelling in a cyclone of shame, they live in mortal terror of anybody saying the emperor has no clothes. They fear being seen as flawed or ignorant and hate feeling powerless or embarrassed. These fears tend to drive their behavior. To avoid feeling flawed, they have to be the best and insist on perfection from others. To avoid feeling ignorant, they act like know-it-alls and rarely admit they are wrong. To avoid feeling powerless, they act larger than life. And when they feel embarrassed, their volcanic rage may erupt, burying anyone in their path.

When you know this, you can see what drives their outlandish behaviors. You don’t have to take it personally, wondering what you did wrong.

When people with narcissism make a mistake, they tend to blame others. When you make a mistake, they blame you. When they succeed, they cite their superior character. When you succeed—thus temporarily stealing the spotlight they so crave—they may take credit for your success, call it a fluke, or diminish it by pointing out other times you have failed.

People with narcissism tend to distract and disguise. Like kids caught with their hands in the candy jar, they may try to confuse, belittle, bully, or otherwise avoid responsibility for their actions.

Don’t be taken in. Pay attention to what they do, not what they say. Their words are often attempts to throw you off and make you feel small or doubtful while making themselves feel big. Their arguments are generally not to be taken seriously or even responded to, because if you refute one argument, they may simply come up with another and another.

When they are abusive, manipulative, or withholding, see it for what it is. They are using you to avoid their own issues and satisfy their urges. They may feel entitled to do so. This is not healthy. Nobody is entitled to abuse or use another.

3. If You Are Drawn to People with Narcissistic Qualities, Be Clear About Why

You don’t have to deny your desire for justice, validation, or reparation. But you can never get back lost years, nor are you likely to get an apology.

If you feel unfulfilled in a relationship or wonder if a friend or partner has narcissism, ask yourself why you are with them. Do you hope to change or reform them? Do you hope someday they will see how good you are and mend their ways? Pursuing relationships with people with narcissism may simply postpone facing the painful recognition that your parent couldn’t be there for you. Accepting and mourning that unfortunate truth can allow you to focus on what is best for you and pick healthier relationships.

You don’t have to deny your desire for justice, validation, or reparation. But you can never get back lost years, nor are you likely to get an apology. You will almost certainly never be rescued if you wait for it. The only person who can make it right is you, by your choices and by how you treat and view yourself.

Let’s say, for example, you give a person with narcissism a holiday gift, and they give you nothing. The person with narcissism then says something like, “You’re just trying to make me feel guilty because I didn’t get you anything.” This is classic narcissistic behavior, shifting the attention to you and putting you on the defensive. Simply knowing they are doing this may be enough to help you gain perspective, and you might choose to say nothing. But if you feel that you are shrinking in stature, you may feel better about yourself by speaking up. For example, in a situation like this you could:

Remember, hard as they may try, people with narcissism can never take away your truth, experience, or feelings. They can dispute it, threaten you, and deny it, but they cannot make you give it up. They are projecting on you what they can’t feel in themselves. Don’t take it on.

Being raised by a person with narcissism can throw your life out of balance. One way to regain healthy balance is to do the opposite of what your parents did. For example:

Your parents may have shamed you when you experimented, asked questions, or expressed your views. This may have led you as a child to become more dependent on them or alienated from yourself. Even in adulthood, you may second-guess yourself, struggle to make decisions, and shy away from taking risks that could enhance your life.

When you have to make a decision or when a challenge arises, ask yourself, “If I knew I was absolutely trustworthy, what would I do?” Then assess how you can make that happen. By assuming you are trustworthy, that your feelings are valuable, and that your intuition is reliable, you can see that you have within yourself all you need to handle challenges—despite what your parents may have tried to make you believe.