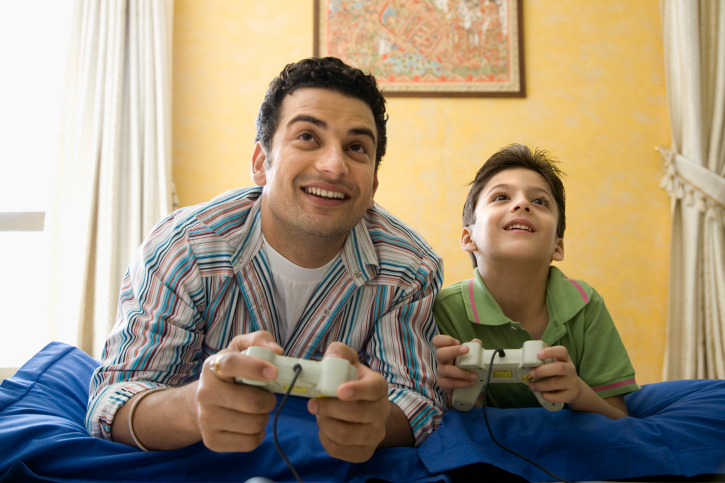 Parents who play video games with their children may have a better understanding of how those games affect children, according to a study by researchers from the University of Oxford and Cardiff University published in PeerJ.

The second study assessed 483 men and 517 women on their attitudes toward video games, including their belief in inaccurate assertions about video games, such as the assumption that games cause mass shootings. That study determined older groups, as well as those with only limited game-play experience, were more likely to have negative views of video games and to endorse inaccurate assertions about games. They were also more likely to believe law should restrict game access.

The study’s authors say their results point to the ways inexperience can contribute to bias in perceptions of gaming.

The American Academy of Pediatrics (AAP) still recommends no “screen time” in front of televisions or digital media for children under age 2. For older children, the organization no longer proposes a hard limit on screen time. Instead, it suggests parental involvement matters, parents should evaluate the content of the media their children consume, and children need limits to prevent technology from interfering with other activities. The AAP also points to the importance of other activities, such as outdoor time and reading, and encourages parents to establish “screen-free zones.”