The Shadow Effects of Leadership Power 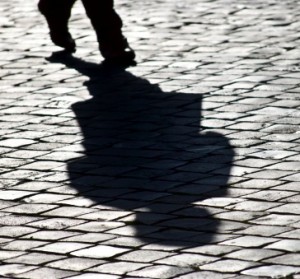 , the ability to have an effect or to have influence, is our birthright. We all have power and need it to survive, to have relationships, and to be productive. Think how much power a baby has when he or she cries or laughs.

Our lives are full of relationships where there are power differences, and we all move back and forth between being in what I call “up-power” and “down-power” roles. For example, there is a power differential between a CEO and the employees, a doctor and the patients, a clergyperson and the parishioners, a teacher and the students. Both sets of people in these relationships have their personal power, but the person in the up-power role has the additional power that accompanies his/her assigned, elected, or earned role. A therapist moves from up-power with a person in therapy to down-power with a supervisor. A CEO going to the dentist moves from up- to down-power. We make this shift more often than we notice.

Research (Google: Joris Lammers, power; Dacher Keltner, power paradox) is showing that people who have greater power act differently from people who have lesser power. Increased or decreased power has cognitive, behavioral, emotional, and somatic effects. “Good” people tend to have the idea that those who abuse their up-power do so because they are simply greedy, fearful, self-aggrandizing, or power-hungry. However, it turns out that the situation is more complicated. Power affects everyone, and unless it is understood and mediated, very often it results in abuses. In fact, the greater the power difference, the greater and more widespread the harm. The widely held idea (Lord Acton) that “power corrupts and absolute power corrupts absolutely” is largely true.

There are two ways to respond to this information. The first is to decide that power is bad; therefore, if you don’t want to cause harm, don’t have power, or if you have it, pretend you don’t. A teacher tries to be “just friends” with her students. A committee chair gives a committee member too many chances to get something done. A therapist fails to assess the effectiveness of the therapeutic process. A CEO doesn’t hold the employees accountable.

The second way is to learn about the effects of power so that you can notice and mediate them by using or responding to positional power with wisdom and skill, whether you are up-power or down-power.

Not surprisingly, the attitudes and behaviors resulting from the effects of greater power create a self-reinforcing loop of exploitation and abuse. Those in down-power roles, by becoming more and more vulnerable and disempowered, are led to focus on being more passive and avoidant or, on the other hand, more resistant and provocative. They disown their personal power, or they become lightning rods by taking actions against misuses of power that can cost them their jobs or their integrity. Read the paper or look at the news and you can see this destructive and harmful loop on a global scale. Look inside most organizations, even small ones, and you will likely find some version of these shadow impacts of power, even on people with good intentions.

The horrific way that power’s shadow plays itself out in the world would have those who want to be helpful and leave the world a better place running away from power. However, as much as anything else, we need people who say yes to their role power and learn to use it wisely and well. Accepting leadership and role power is not for the faint of heart. Doing so takes courage and skill.

Here’s the good news. By understanding these normal effects of power, we can bring them out of the shadows and into the light. When we shine a light on them, we can choose to take action to mediate or decrease the negative impacts. Taking such action is important for leaders, because those who have up-power roles have much greater responsibility for the health of their differentiated power relationships. It is also important for the many times we are in down-power roles, since it is liberating and strategic to understand the shadow effects of increased power.

We thus have the stunning opportunity to change Lord Acton’s insight from power always corrupts to power can corrupt. Understanding, vigilance, and skill can prevent power differences from becoming abusive and keep relationships healthy.

The best antidote for the negative impacts of power is staying in or returning to right relationship. My experience is that right relationship has two aspects. Both have to do with empathy. One is staying in empathic connection with the people who are in down-power roles. The other is having and maintaining a vision or mission that is larger than egotistic self-interest, fear, and the need for control. This vision is driven by compassion for being in right relationship with society.

Here are a few stories of leaders staying connected with—or in one case disconnected from—their hearts.

Miley Cyrus, in an interview, talked about her newfound awareness that she has a lot of power and influence and that she can choose how to use it: “I didn’t realize my power. … Wherever I go everybody’s sitting there talking about me. … And I thought … instead of using it as a negative, how can I use it as a positive? If I’m going to be speaking this loud, what am I trying to scream at the world? … It’s kind of a wake-up.” Miley is now launching a campaign to urge her fans to donate to a center for homeless youth (“People in the News,” Boulder Daily Camera: 8/26/14).

Livingston Armytage works as a consultant to large organizations such as the World Bank. He has a lot of positional power that could easily keep him far away from the daily lives of the people his work affects. He and his wife Miyako keep in touch with these people by finding ways that they can develop a personal relationship with children they meet in their work and travels. They foster and support children, preferably girls, to attend school and university in countries such as Nepal and Cambodia.

One hundred fifty years ago, the Colorado militia spent a month looking for Arapahoe Indians on the warpath. They didn’t find any. The commanding officer was convinced that the Indians were armed and dangerous. A lone Arapahoe carrying a white flag and bearing a letter from the chiefs asking for peace came to the fort. A captain let him in and questioned him. “Weren’t you afraid you would be killed?” the captain asked. “I knew I would be killed,” the messenger responded, “but white people always look in our pockets, and my message of peace was more important than my life.” The captain was so moved by the man’s courage and dedication to peace that he changed his mind about Indians and did all he could to convince his commander to call off the hunt.

The commanding officer exhibited behaviors described above as the shadow effects of power. He had dehumanized the Indians, he was driven by his selfish desire to win an upcoming election to the Senate, he knew he could act without interference, and so he engaged in moral hypocrisy by demanding that only the Indians be unarmed in encounters. Experiencing the courage of one Indian brought the captain back into a relationship that changed his heart, his convictions, and his actions. It is a great tragedy that his influence didn’t change the outcome of the egregious Sand Creek Massacre, in which several hundred unarmed Indian men, women, and children were killed and mutilated.

I remember that just before he took office, President Obama talked about what he would miss most. What he was most worried about was that he would no longer be able to walk into a coffee shop, sit down, and talk with the people there. He was aware that the huge power difference that goes with the office of the president would automatically distance him from ordinary citizens and keep him surrounded by people who would feed him particular or well-funded points of view or by those who did not want to risk their status by giving him critical feedback. What a challenge to be able to take the pulse of reality!

Even leaders known for their good works, such as Gandhi, Martin Luther King, Nelson Mandela, and Mikhail Gorbachev, struggled with shadow and limitations. Working with power compassionately and skillfully is personally challenging. However, understanding and mediating the shadow effects of power by staying in touch with our greater vision, and with our connectedness with the humanity and dignity of those in our care, will have ever-expanding benefits.

The shadow effects pull us as leaders away from being in right relationships. Right relationships are those in which we hold our role power with responsibility, clarity, accountability, and authority. We also maintain our power with heart through empathy, compassion, nondefensiveness, collaboration, and humility. The formula might be standing in our strength while staying in our hearts.