Married to Someone with Sex Addiction: Is Divorce the Only Option? 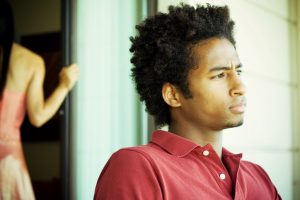 Has my entire marriage been a lie? Am I to blame? Is there any hope for my marriage? Is divorce my best option? These are just a few of the questions that will run through your mind after discovering a partner’s sexual betrayal and sex addiction. You will experience a roller coaster of emotions.

You want to, first, encourage the betraying-spouse to take care of himself or herself while you seek support. Next, don’t make any permanent or rash decisions while the feelings are raw and fresh. Finally, realize that divorce does not have to be the answer, if both individuals in are willing to follow an intentional path toward healing the relationship.

Let’s take a look at these intentional, choices that can make healing a reality, in a relationship overwhelmed by sexual addiction.

Where divorce does not have to be discussed at this point, it will, more than likely, cross each partners’ mind. Before this decision is made, or things are said that will be difficult to overcome, take some time to work through each of these steps. Again, if there is going to be hope, and eventually healing, each partner will have to be committed to first focusing on themselves and then, when each is at a safe place and most likely with the guidance of a therapist, they can begin to take steps to restore their relationship.