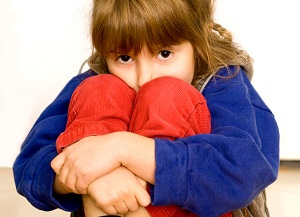 This is a continuation of last month’s article, “Are You Your Own Worst Enemy?” After learning to identify self-destructive behavior in ourselves, we can explore why we do it and the possible motivations behind vicious cycles of attacking ourselves. It may come from past trauma, abuse, neglect, or a number of other things that may have caused low self-esteem. Below are seven reasons people attack themselves.

1. Imitating Parents
We all learn how to take care of ourselves from imitating how our parents or other caretakers take care of us. When parents or caretakers attack children emotionally, verbally, or physically, children learn to attack themselves like their parents do. Practicing over and over, people become good at self-attack and carry the skill into adulthood. It becomes an integral part of regular daily life, almost like breathing.

2. Method of Discipline
Often caretakers don’t teach children how to set limits, or boundaries, how to structure themselves, or reward themselves. These skills are needed for discipline (which is sticking with things that are hard in the present, in order to achieve a longer-term desire). If people do not learn these skills, their way of disciplining themselves can be to attack themselves, when they don’t do what they think they “should.” For example, “Stop being lazy and stupid and do your homework.” Or, “Don’t eat that pie, you’re a fat pig!” This method of shaming can provide some rudimentary support for getting through obstacles to something one wants, but it causes a great deal of destruction in the process, and often backfires—causing rebellion against the “discipline.”

But it can also come from neglect, or lack of love or attention. Children who don’t get what they need emotionally gather that they must not have deserved it. This can even happen when there is no abuse involved. For example, children who are adopted into a loving family may determine that they had no value to their birth parents, and therefore aren’t worthy of much from others they encounter.

4. Preserving Parents and Power
When caretakers are brutal, absent, or unable to meet the emotional, needs of their children, the children have a choice to conclude either that there is something wrong with the parent or caretaker who is causing pain the child experiences, or there is something wrong with “me” (the child) for causing the caretaker’s behavior. For the child to conclude it is the parent, generally means acknowledging that the parent isn’t competent to take good care of their children.

For a child, not having a competent caretaker is life-threatening. So children generally do anything to avoid believing that their parent is unable to take care of them. This leaves children with the only other conclusion they can come to, given their limited experience, and great need—that there is something wrong with themselves. This preserves the belief that the parent is safe to depend on, and has the added advantage of allowing children to believe they have some control in their painful circumstances.

If I, as the child, believe I caused the abuse, then I can also believe that changing my behavior will stop the abuse. If I am a helpless victim of my caretaker, there is very little hope for my life to improve. So, most children attack themselves when their parents are hurting them to preserve their positive image of their parents, and to give themselves an illusion of control over the hurt, abuse or neglect.

5. Guilt
Sometimes children blame themselves for anything that goes wrong in the family (illness, death, mental illness, accidents, injuries, divorce, etc.) for various reasons. Common motives for self-blame include misunderstanding, attempting to feel powerful, being blamed for the problem by someone else, or, on occasion, having something directly to do with what went wrong. Children can carry that guilt into adulthood, punishing themselves with self-attack about much more than the original problem.

6. Imitating Peers
Sometimes people are repeatedly shamed, but not by parents or caretakers. Instead, siblings, and/or peers may be responsible. This can also turn the child’s belief system into one that legitimizes the bad treatment. They take on the belief that they deserve it. When they come to this conclusion, they have learned to continue this attack inside themselves.

7. A Way of Coping
Children who are overwhelmed with their feelings and are not given any skills for handling them have to scramble to use whatever resources they have to deal with these feelings on their own. Sometimes one of these resources is self-attack. Rather than feeling sharp, intense or disorienting emotional pain, children can convert these overwhelming, confusing feelings into a focused activity.

In multiple cases, self attack presents itself as a way of coping that seems to bring matters under the child’s control. When this happens, there is actually some comfort associated with self-attacking thoughts, just as there can be comfort in starving or cutting oneself. This is one reason cognitive-behavioral therapy alone often doesn’t work—people can not afford to give up thoughts they depend on to comfort themselves.

People attack themselves as a method of self-defense, coping, or due to the fact that we all, especially as children, are hard-wired neurologically to imitate those around us. In therapy, we find the origins of the self-attack and the purposes we use it toward. We then look for ways to provide the same functions without the negative consequences self-attack brings with it.

In some cases of rewiring, Eye Movement Desensitization Reprocessing (EMDR) is a helpful option. In other cases, imitating the therapist offers a transitional alternative to the results of imitation of critical parents. However we get there, all of us ultimately have to become nurturing, compassionate parents to ourselves. That is the goal of childhood and good parenting, just as it is the badge of happiness and adulthood.