Why Do Partners Abuse Each Other? 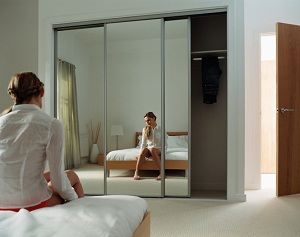 Recent estimates put the annual number of intimate partner violence (IPV) incidents in the United States at around 8 million. That is, 8 million men and women in the U.S. experience partner violence each year. Over the course of a lifetime, about 30% of all U.S. women and 20% of all U.S. men will experience physical, sexual, or psychological abuse by an intimate partner, and those are just the reported cases. But of course, adults are not the only ones affected; during the course of a year, there are an estimated 3.3 to 10 million children exposed to violence between their parents or caregivers. Partner abuse costs the U.S. nearly $6 billion annually. Most of that is for medical and mental health treatment, but more than $700 million is for lost productivity in the workplace.

Who are these people who wreak so much havoc on their partners, their children, their workplaces, and their communities? There is a stereotype of what an abuser looks and acts like. He is male, usually blue collar, possibly unemployed, who drinks a lot and wears a particular fashion of undershirt. He is hyper-masculine and beefy, a forbidding presence. He demands that his wife have dinner on the table by six, that she keep up the house and children to his satisfaction and that she never question his authority.

The reality is that partner abuse occurs in all social and economic classes, races, ethnic groups, educational levels, religions, and without regard to physical and mental abilities. Women as well as men use it. It occurs between married and unmarried heterosexuals, gay men, and lesbians. A person who abuses their partner physically, psychologically, or emotionally is just as likely to be a corporate attorney as a forklift operator; a hair stylist as a software engineer; a schoolteacher as a deacon in the church. You can’t pick one out of a line-up. Central casting got it wrong.

So to answer the question why do partners abuse? Is not as simple as some would believe. There is an entire school of thought that states that IPV perpetrators are almost exclusively male and their motive for the abuse is to assert male dominance and maintain power and control over their female partners. This school of thought has gained a great deal of traction in courtrooms and legislative bodies all across the U.S., and while the proponents of this view have shed much welcome light on a horrible problem for many American families, it does not tell the whole story nor address the entire problem.

The Nature of Partner Abuse

Though emphasis of the criminal justice system has historically been focused toward male-on-female “battering” as a microcosmic representation of the broader patriarchal society, more recent literature on IPV reveals that there are different and distinct violent or abusive dynamics that occur between intimate partners. In each of these distinct dynamics, researchers identify different “types” of IPV. And in the most common type, it is next to impossible to differentiate a “perpetrator” from a “victim”.

The most frequently occurring type of partner violence is what has come to be known as “Situational Couple Violence”. Different researchers estimate that anywhere from forty to seventy percent of relationships include this type of IPV. With situational couple violence, there is not usually an ongoing pattern of violent behavior, but rather the violence erupts from a specific conflictual encounter in which both partners act out with verbal and/or physical aggression. In these relationships, verbal and emotional abuse may be common. Women and men are equally likely to initiate this type of partner abuse.

“Intimate terrorism” is IPV in which there is a clear perpetrator and victim. Researchers estimate that anywhere from four to eleven percent of partner abuse involves this type of IPV. In intimate terrorism, the violence is part of a process by which one person establishes and maintains control and domination over his or her partner over the long term, rather than one independent act. The abuse may begin in subtle ways and escalate over time, beginning with criticism, verbal abuse and possessiveness, moving on to emotional and economic abuse, and, eventually, physical attacks that may become more frequent and severe. This type of IPV is what most of us think of when we hear the term “domestic violence.” According to crime statistics, men more often commit it, though women can be implicated in this type of pattern as well.

The final type of IPV is the least common. In “Mutual Violent Control,” both partners are entrenched in a pattern resembling two intimate terrorists battling each other for power and control. The violent acts may be a way to exert control, to relieve built-up tension, to take revenge or to avoid intimacy.

In each of these different types, occurrences of physical violence may be chronic, sporadic, or may be an isolated incident. Physical assaults may actually be only the “tip of the iceberg” in an abusive relationship. There is often an undercurrent of ongoing verbal, emotional or other types of abuse that has been present – perhaps for years – before a physical eruption occurs. Interestingly, many partners who have been subjected to verbal and emotional abuse, in addition to physical, say they feel the verbal and emotional abuse do the most damage.

Why Do They Do It?

Given these different types of IPV, it is apparent that partner abuse can occur in completely different contexts and with different motivations. To say that all partner abuse is about men having power and control over women is grossly misleading. Literature on partner abuse suggests that there are many contributing factors — neurological, psychological, interpersonal, situational, and cultural that lead an individual to engage in this type of behavior within their intimate relationships. For example, many incidents of IPV occur while the abuser is under the influence of alcohol, but most people are able to consume alcohol without assaulting their partners.

Some mental disorders are linked to incidents of IPV, and statistically, personality disorders, anxiety, addictions, bipolar disorder, or PTSD may complicate an individual’s ability to deal with interpersonal discord, but to identify mental illness as a cause of IPV is to do a great disservice to the many people struggling with these conditions who do not commit violent acts.

IPV is, in many cases, learned or witnessed in the family of origin. One study estimates that children who witness IPV between their parents are three times more likely to become adult abusers than children who are not exposed to it. Researcher Donald Dutton and others have produced a number of studies showing that the more severe cases of IPV seem to be a result of years of early developmental influences from the family of origin, including witnessing violence, shaming, abandonment, and exposure to trauma (e.g., witnessing partner violence is a type of trauma especially damaging to children). Both genders are susceptible to these influences. The common thread in developmental theories of IPV would seem to be a close link to issues of attachment.

Family of origin IPV is a fairly consistent predictor, but clearly not everyone whose parent was an abuser grows up to be one. Oftentimes, partner abuse is a “choice of last resort” for persons who experience anger or frustration in their relationship, yet lack the skills to express or manage these feelings in a constructive way. Few of us grew up with a model of what a healthy relationship looks like; most of us struggle with stresses and hardships and just do the best we can figuring it out as we go. When relationship conflict arises, we do what our parents did: ignore it, avoid it, deny it, use “the silent treatment,” raise our voices, cry, use put-downs, swear, call names, accuse, blame, walk out, slam doors, throw things, drink, get high, punch a wall, point a finger, raise a fist, hit, slap, punch, kick – you get the idea. Most times, we do exactly as our parents did. It is not uncommon for someone in treatment for abusing their partner to lament, “I’ve done what I promised I would never do – I’ve become just like my father or mother.”

The argument can be made that every relationship has problems and conflict but most people don’t resort to violence. That is very true, and research bears this out.

Abuse of any kind is always a choice. It is not caused by a poor intimate relationship, job frustration, financial crisis, sexual problems, troublesome in-laws, or child-rearing difficulties, although these factors may be present and contribute stress. It doesn’t happen because a person is provoked, drunk, has “rage issues,” bipolar disorder or “impulse control” problems. Substance abuse or psychopathology does not diminish responsibility for IPV. There is no behavior on the part of the victim that causes or excuses abuse. The person who uses violence, coercion or control must bear the responsibility for his or her choice of action.

IPV is a learned behavior; it is learned in the family and broader society (peers, community, mass media). Because it is learned, it can be “unlearned” and replaced with healthy ways of interacting.