Stop Fixing Things: Why Children Should Be Allowed to Make Mistakes 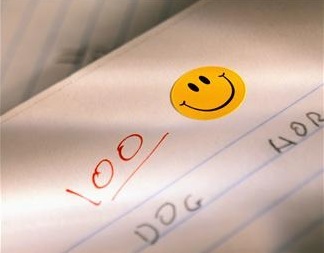 We are all familiar with the experience of good intentions having negative consequences. In my work as a therapist, I often encounter this phenomenon when I work with parents who, in their desire to make things better, easier, or less painful for their children, interfere with their child’s ability to develop the capacity to do for themselves. These are parents who feel an urgent need to fix their child’s problems. For the purpose of this discussion, “fixing” will refer to the intervening and usurping of problem-solving when one’s child experiences difficulty.

Gloria wanted to fix her daughter Alice’s feelings. She worried when Alice was unhappy, angry, upset, or had any feeling she felt caused discomfort for her child. For example, when Alice got frustrated and tearful when she practiced piano, Gloria suggested she stop her lessons. In therapy, Gloria told me how disturbing it was to her when Alice was upset. She recalled, “When Alice was an infant, I couldn’t stand to let her cry even for a minute. My heart felt like it would break. When Alice gets upset because I say ‘no’ to her, I always give in. I can’t stand it. It always seems like I’ve hurt her when I say ‘no.’” Gloria urgently needed Alice’s bad feelings to go away. What Gloria eventually came to understand was that what was urgent was that she, Gloria, be rid of her own uncomfortable feelings.

Fred had a hard time when his fifth-grade son Eddie brought home average grades from school. He told me that he felt Eddie was much smarter than his grades showed, and he felt his job as a parent was to help him do better. This sounds like a responsible, caring parent talking. Unfortunately, Fred didn’t just provide some assistance so Eddie could do better, like going over his homework and helping him with his social studies projects. Rather, Fred intruded in what Eddie needed to do every day. For example, when Eddie was assigned to do a book report and make a diorama about the life of the protagonist, Fred read the book, bought supplies, outlined what should be in the diorama, and essentially did the project for Eddie. Eddie got an A, and Fred was thrilled!

While Fred’s intervention did fix Eddie’s grades, Eddie was given little opportunity to figure things out for himself. In therapy, Fred became aware that “this isn’t helping my son. I’m really scared that Eddie could follow in my footsteps and repeat my terrible academic failures.” As we focused on Fred’s anxiety around allowing Eddie to become a separate, self-confident individual with his own strengths and failures, Fred was increasingly able to talk with his son. He was able to encourage Eddie rather than take over his academic life.

Pam, a 29-year-old woman had difficulty dating and forming relationships. When she started therapy she told me that she didn’t have much trouble meeting men, but there was always some difficulty in the relationships, and they never got very far. As we explored her life and dating experiences, she explained that her biggest help was her father. She described him as exceptionally loving and caring and her “go-to” person when she had trouble in a relationship. She explained that a typical difficulty when she dated was that she would feel very hurt and upset when someone she dated didn’t call or text her quickly enough. Pam said, “When that happens, I call my father right away and I know he will comfort me. When I was a kid, he would do the same when a girlfriend hurt me. He gives me the same advice with guys as he did with those girls. He always says the same thing: ‘get rid of them—you don’t need people who hurt you in your life.’”

As we explored this dynamic further, it became evident that Pam’s well-intentioned father couldn’t bear witnessing Pam feeling hurt or upset. He would fix her relationships by encouraging her to get rid of the person who hurt her. This would not only alleviate Pam’s hurt but would take away the feelings he couldn’t tolerate. As a consequence, Pam had not developed the ability to manage her feelings and correctly judge how others were treating her. She had not learned how to deal interpersonally with another person in a relationship.

When parents can’t allow their children to struggle through problems and feelings, it is often because they, themselves, can’t tolerate how watching the struggle makes them feel. Some parents identify with their child. They recall their own feelings, like frustration or hurt or anger, and may assume that their child is experiencing what they experienced in that situation (although it may be a very different experience for the child). The desire to protect one’s child is necessary and desirable in a parent. But when the protection stems from the parents’ discomfort around their own feelings, it can create issues that impact the child’s development of self.

Children who are never allowed to cry, for example, may not learn how to soothe themselves. When children don’t learn how to self-soothe, they are frequently unable to cope with the normal stresses and frustrations of everyday life. Very often a parent’s worry about their child’s feelings can be communicated to the child. When a parent anxiously steps in to help or fix, the child may feel (consciously or unconsciously) that the parent doesn’t think the child has the capacity to work things out on his/her own. Children whose parents take over their work and do it for them are deprived of experiencing “I can do it.” Their ego enhancement, self-confidence, and self-esteem are interfered with. Parents who interrupt whenever a possible failure lurks do not prepare their children for success, because one must be able to tolerate failure in order to achieve success.

While there certainly are times when it is useful and wonderful to be there for your child and be helpful, the “fixer” parents described here did not help their children. They made themselves feel better. They may have made their children feel temporarily better: Eddie got his project done and got an A, and Pam felt reassured that she knew what to do when a date didn’t respond the way she wanted. Alice was relieved of her painful feelings, but didn’t develop the ability to cope. Not one of these children was helped toward developing a strong sense of competence or the ability to manage his or her feelings in the world.

Rather than extreme fixing, there are alternative behaviors when the urge to fix things for your children is present. Trying to address the problem with your child—rather than springing into action to help—can allow a child to feel like a participant, giving him or her a sense of self-esteem. Leaving space for a child to be uncomfortable communicates that you have faith that your child can find a way to figure out what he or she wants, and how to get it. It is important to communicate that it is okay to struggle, that it is a human experience that we all must learn to endure. It has to be okay to be uncertain and not know what results efforts will bring. Parents have to be able to tolerate their own anxiety and not jump in to solve their child’s problems. This allows the child to develop a healthy separate self and become a competent, assertive, and confident person in the world.