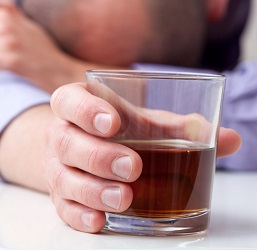 Editor’s Note: The following article was written solely by the authors listed above. The views and opinions expressed here are not necessarily those of GoodTherapy.org. Questions and concerns regarding the article’s content can be directed to the authors or posted as a comment below.

One of the most popular articles we have ever written here was an article titled Freeing the Parents of Adult Alcoholics and Addicts. This lead us to an obvious conclusion: there are a lot of parents out there searching for ways to extricate themselves from the manipulative clutches of their addicted, adult children.

The situation is a difficult one. How do parents who dearly loves their addicted sons or daughters best help their children? Do you continue to meet their unending demands for money or do you go to the other extreme and follow a “tough-love” approach, cutting off all contact with them until they straighten up? Neither works well, and the tough-love approach is difficult to maintain, especially because you love them, and because there may be grandchildren in the mix, too. So what do you do?

Following a middle path is usually best. Offering to pay for treatment, when they are ready, is a good start—assuming the treatment is one of the more effective options, rather than the standard, in our opinion, ineffectual, offerings of the AA/12-step/Minnesota Model.

Not protecting them from their choices is also a good practice, because they have been protected for a long, long time if you are currently supporting them. Reassuring yourself that this lifestyle is their choice, not some mythical “disease,” also helps you feel less guilty about ramping down financial support.

I watched my own parents go through this same thing with one of my brothers. He was bleeding them dry but they kept supporting him, and I mean really supporting him, to the tune of $5000 a month. They just didn’t seem to understand why he wouldn’t straighten up, stop doing drugs, and get a job. Well, why should he? Heck, if you want to give me $60,000 a year, tax-free, for doing nothing, I might not work either.

Finally, they decided to listen to us (Ed and me), and we put Ed in the middle between my parents and my brother, and he had to do certain things each month in order to get his money, which he had to get from Ed, not my parents. And he was given a schedule showing how the money was going to be decreased each month until it was no longer available. This infuriated my brother. But slowly it started to work and today he is self-supporting and not doing drugs. Because he is working again, not being supported by my parents, he has regained his self-respect and that is an important component in keeping him from going back to abusing drugs.

Obviously, this is not the only way out of this mess, it is just what we came up with at the time and it worked. It worked because my parents had a lot of support from us to stay strong and not cave in the face of my brother’s anger over his perceived mistreatment.

Since then, we have performed similar services for several other families in our area and those have turned out well. If you have a situation with your addicted adult child and need help, please know there is help. You can work your way out of it.