The Use of Reauthoring and Therapeutic Letters in Narrative Therapy: Case Study with Peter 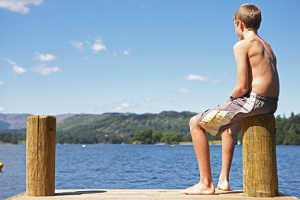 In The Use of Scaffolding Map in Narrative Therapy I documented my first meeting with Peter, a boy who’d experienced anger and sadness after he was exposed to domestic violence in his home.

In my second meeting with Peter, we met alone the majority of the time because his father was taking care of the other children in the family. Peter was talkative and engaged in our conversation. I checked in with him, asked how he’d felt since our last meeting, which had taken place one and a half weeks prior. Peter said he didn’t feel angry or sad, and mentioned this was a change for him. I asked what contributed to that change, and he said he decided to “focus on other stuff,” which enabled him to “worry less about things going on around him.” When I asked what other stuff he focused on, he said homework and baking. Then he smiled and told me of his recent success with baking a new type of cookie he’d discovered in a cookbook. The fact that he got the idea to bake them, asked to bake them, made them, and that they were enjoyable to others made him proud of himself. I asked questions and was able to determine that baking these cookies was a new initiative for him. I asked him to give this initiative a name, and he called it being adventurous.

Sometimes I write letters to the people I see in my counseling practice; it’s a fun way to remind them of the work they are doing. I hope getting this is a nice surprise for you. Do you like getting mail? I always do.

I enjoyed learning about your adventurousness tonight. It was so cool that you came up with that great word while we talked about the butter cookies you made. It seems like you hadn’t thought of yourself as being adventurous until we looked at it, and it was great to track all the other adventurous qualities you’ve had over the years. You have taken steps in this direction for a while now: trying out sailing at camp, picking up that craft/hobbies book at the church fair, and making butter cookies. And something about feeding alligators? It’s so nice to hear that these things made you proud of yourself. These accomplishments are so different from what sad and angry would want you to notice about yourself. Even calm, for that matter. I know you like calm, too, but your adventurousness gets you closer to feeling carefree, and that seems like a place that you would enjoy.

I hope our talk was helpful in getting your adventurous spirit going even more and that you made some great chocolate chip cookies. Maybe you’ll consider new hobbies, too. I’m interested in how you like to have a nice product at the end of your efforts. Maybe we could talk more about that next time. It makes me guess you enjoy seeing and experiencing your accomplishments, perhaps because you feel proud of them? I’m glad to know that you like feeling proud of yourself.

Will you share this letter with anyone? That is totally up to you, but there may be some people in your life that you’d like to read this. Feel free to do that, or just to keep it for yourself. I hope you have a great week exploring your adventurousness and that sad and angry stay away like they have been. If they crop up, that’s okay, but it sounds like you have some new ways to make them stay away.

I’ll talk to you soon, Peter.

Have a great week,

The purpose of the reauthoring conversation is to make previously subjugated storylines more present in people’s lives. Often problem storylines (in this case, sad, angry, and stressed) have taken over people’s thinking, and life events are interpreted within the context of these problems. Since reauthoring conversations bring about a new way to see lives, often these conversations require some extra reinforcements. Because Peter had just discovered this place of adventurousness in his life, I chose to send him the therapeutic letter in order to reintroduce and reinforce these ideas with him a few days later.

At the end of our conversation that night, Peter’s father entered the counseling room and I recounted the developments of adventurousness. By having Peter listen to my retelling of his reauthored story, he was able to listen to the entire plotline from a place of distance, which helped it become more real for him. Additionally, I interviewed his father briefly about what he knew of Peter’s adventurousness, and Peter was able to hear these stories (one about playing soccer on his older brother’s soccer team, and one about feeding alligators in Florida), within the context of him being adventurous. The retelling, the interview with his father, and the letter all serve to bolster and reinforce the strength and power of the developing reauthored story.

Peter has continued to embrace and explore his adventurousness. One day after our conversation, he asked if he could make chocolate cookies from scratch, and he did. He has expressed that trying new things and being adventurous has him feeling proud of himself and happy. He says it helps him feel he can be more carefree and less stressed. His father has also commented that he feels like he has “gotten Peter back,” as they have had the opportunity to have fun together, and be silly and carefree.