Narcissism or Asperger’s? How to Tell the Difference 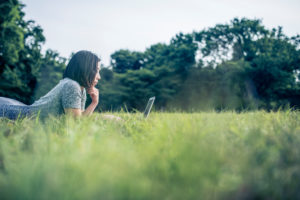 As a therapist working with people affected by someone else’s personality condition, I’m often asked the question, “How do I know if my partner is a narcissist or if they have Asperger’s?” This is an interesting question. I did some research in order to give justice to this topic.

For one thing, both are on a spectrum. Narcissism is a personality condition that ranges from mild to severe. In the most severe instances, the person demonstrates sociopathic tendencies or antisocial personality.

Autism also resides on a spectrum. It is a neurologically caused developmental condition. Prior to 2012, people with mild symptoms, considered “high functioning,” were identified as having Asperger’s syndrome. With the publication of the fifth edition of the Diagnostic and Statistical Manual of Mental Disorders (DSM-5), this label disappeared, replaced by autism spectrum.

Since mirror neurons are part of the brain’s social interaction system—involved with social cues, imitation, empathy, and the ability to decode intentions of others—some scientists have found that people on the autism spectrum have a dysfunctional mirror neuron system (University of California, San Diego, 2005). It appears mirror neurons also play a role in personality condition-related issues.

Here is a table depicting some of the similarities and differences between the two conditions. Can you see your loved one’s symptoms in either column? Could it be your loved one displays symptoms of both?

If Someone You Care About Is on the Autism Spectrum

If you are in a relationship with a person on the autism spectrum, it is helpful to know how to take care of yourself. Here are some tips:

If Someone You Care About Has a Personality Condition

If you are with a person with a personality condition such as narcissism, then you may have similar unfulfilled relationship issues, as well as the added bonus of emotional abuse. Following are some suggestions for coping with this type of relationship: