Myth Madness: ‘The Therapist Will Interrogate, Blame, and Shame Me’ 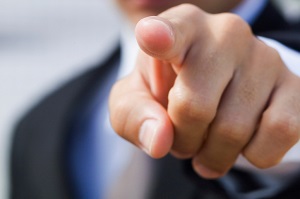 Myth No. 8: “The therapist will interrogate, blame, shame, and condescend.”

Reality: We can thank Dr. Phil for this. Not going to dance around it. He is probably single-handedly responsible for the prevailing belief that therapists take sides against clients and belittle, blame, and shame. If I could be granted three wishes, one of them would be to erase the programming taken in by those who watched Dr. Phil.

I can’t speak to what other people do, but I can tell you what I do in therapy and what most of my closest colleagues do. We teach people how to have compassion for themselves, and as part of this process of staying curious and open-hearted, people learn and feel things about themselves which allow them to release the constraints and burdens that have kept them from feeling good. Most people come to therapy hating a part of themselves, or at least wanting to get rid of or change some part of themselves. The therapist’s job is to help the person separate from his or her fear, dislike, judgment, and other reactions and feelings until the person is able to be curious. Through the process of listening to the parts of themselves that brought them to therapy, people begin to understand why the parts have been feeling or acting certain ways. This learning process leads to self-compassion, and when the trailhead is followed to its depths, the origins of the drama can be found and attended to in a way that helps the person make not just intellectual breakthroughs, but tremendous emotional and somatic shifts which change his or her life forever.

Whatever the process, regardless of the type of therapy, healthy therapy NEVER includes blame, shame, and condescension. We are all doing the best we can based on both nature and nurture. Indeed, people do horrible, destructive things to themselves and others, but if we truly listen to people without prejudice, we learn that everyone has drama, everyone is still, on some level, just as vulnerable as they were they day they were born, and everyone has a painful story behind the curtain of protection. Only compassion can help undo this suffering.