Do Men and Women Have Different Sexual Fantasies? 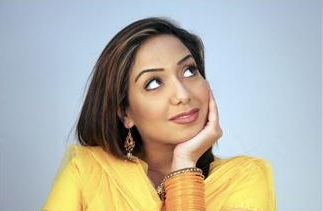 According to a recent article, men spend a bit more time fantasizing about sex than women do. However, contrary to what some people believe, based on the results of a study conducted by Juan Carlos Sierra Freire and Nieves Moyano Munoz, both of the Department of Personality, Psychological Evaluation and Treatment at the University of Granada in Spain, men and women don’t usually fantasize about sexual encounters with strangers, but with their partners. Sources of entertainment that are focused on fulfilling sexual fantasies, like steamy books, racy movies, and even websites, all sensationalize the stranger fantasy. Whether it is with a hot construction worker or a sexy swimsuit model, some of the most sexually stimulating scenarios involve strangers colliding for a thrilling and fulfilling sexual encounter. But this is not what the majority of people actually fantasize about.

For their study, Freire and Munoz surveyed 2,500 men and women ranging in age from 18 to 73. All of the participants questioned had been in some form of heterosexual partnership in the last year. They were asked whether they had ever had a sexual fantasy and if so, to describe the type of fantasy. The researchers assessed whether the fantasies resulted in negative or positive feelings and explored what characters were most prevalent in the fantasies. They found that almost all of the respondents had fantasized about sex at one time or another. Surprisingly, the majority of them, nearly 80%, reported that they had had at least one negative sexual fantasy. For women, negative fantasies involved forced sexual encounters and for men it involved homosexuality.

The team also found that although men did fantasize more often than the women, both men and women usually fantasized about sex with their partners. Other findings revealed that women had more positive sexual fantasies than the men, and men had more experimental sexual fantasies, including fantasies about threesomes and other group sexual encounters. Overall, the researchers believe that having fantasies about sex “favors some aspects as sexual desire and arousal” and is an area of exploration for therapists working with individuals who have sexual concerns.

Source:
University of Granada (2012, July 18). A study shows that men and women have the same sexual fantasies. Retrieved from http://www.alphagalileo.org/ViewItem.aspx?ItemId=122554&CultureCode=en

Related articles:
What Do Your Sexual Fantasies Mean?
Fanning the Spark of Sexual Passion
Exploring Alternative Lifestyles in Your Relationship