What Do Your Sexual Fantasies Mean?

Editor’s note: Content in this article and comment thread may be sexual or graphic in nature and may not be appropriate for all audiences. 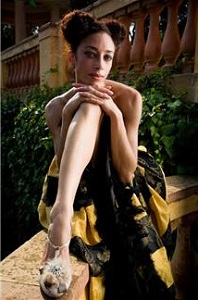 elieve it or not, almost everyone has some secret desire, fantasy, or fetish that turns them on in the bedroom (or elsewhere). Some choose to keep their fantasies to themselves and think about them when alone. They consider this part of their sexuality not necessary to share. Others have a strong urge to share their fantasy or fetish, desiring to act it out with partners. Finally, there are those of us who have trouble swallowing the content of our desires, are confused or unsure about its meaning, and feel conflicted about our fantasies and fetishes.

Feelings of guilt, shame, and confusion about our fantasies and what turns us on are common in our society. We want to know, “Why do I feel this way and where does this come from?” The short answer is our sexual fantasies are likely a reflection of the stimuli we were exposed to during our sexual awakening, much like classical conditioning. For example, the boy who experiences his first erection in the bathtub may then pair arousal with water and bathing. He might have fantasies involving water. The girl who has a domineering mother or who feels ostracized by her peers may have fantasies in her adulthood about being dominated (Dixit, 2010, p. 47).

What is often difficult for people to understand is that sexual awakening happens when we are children. Although childhood sexuality is a natural part of development, it is often ignored in our culture, shunned, or brushed under the rug as wrong. The child is made to feel ashamed or guilty for having sexual thoughts and desires. No explanations are given, and nothing is talked about.

By remembering that sexual curiosity and the desire to feel pleasure is a normal part of a child’s development, we can eradicate much of the shame and guilt we have about our early sexual experiences. It is this shame and guilt that may lead to our current state of confusion regarding our desires.

The key is to remember that we are creatures of balance. What we present to the world and feel on a daily basis often needs to be countered by its polar opposite, which could be manifesting in our sexual fantasies and fetishes. In other words, if an individual fantasizes about being sexually dominated in bed, it does not mean they are weak and helpless in real life. Frequently, the opposite is true.

Sexual fantasies are often representations of parts of our lives, whether past or present. When we break them down and take a closer look, we will see that they are normal reactions to our life experiences.

© Copyright 2010 by Mou Wilson. All Rights Reserved. Permission to publish granted to GoodTherapy.org.