Let Me Tell You the Story I Heard You Tell: Fairy Tales in Therapy 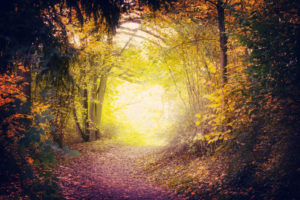 In psychotherapy, it can be useful to work from a model. It gives both participants—person in therapy and therapist—a common language and system of references. Naturally, different people are interested in different things. One of my colleagues is very taken with baseball, and derives complex and responsive imagery from that game. Several others get great results making use of popular movies and songs, and folks who work from a religious orientation find that scriptural texts can be applied in profound ways to the material they sit with. For me, mythology and fairy tales frequently provide new ways to think about things.

Because I’m drawn to fairy tales, I tend to notice when I hear one being told by the person I’m sitting with. If it’s one I already know, Cinderella or All-Kinds-of-Fur or the Golden Goose, I’ll point this out. But often it’s one I’d never heard. When that happens, I use a combination of summarization, amplification, and reflection to tell them the tale I’ve just heard them tell.

These fairy tales or segments of tales are artifacts of this particular therapist’s response to a particular person’s material. They’re subjective. For this reason, I want to be mindful that I’m not telling someone my fairy tale, but that, in fact, it’s theirs. My intention is to always follow up such a telling with questions. Does this feel right to you? Does it seem useful to our work toward your goals? Does it click? And, of course, not everyone likes fairy tales; not everyone has to. As always in therapy, when something doesn’t work we set it aside, and when it does we go with it.

In the discussion that follows, names have been changed and personal identifiers have been screened out in order to protect confidentiality.

The Story of Myra

Many of the people I work with want to change their relationship to alcohol or drugs, or to various behaviors that were originally rewarding but have since become problematic or compulsive. Myra is in her mid-40s, married and with a steady-if-unsatisfying job. She struggles with alcohol and substance use, with initiating numerous affairs, and with impulsive online purchases and debt. She says these behaviors result in significant levels of anxiety, shame, and guilt. For the first many sessions, we sit with the story of what she’s doing, how she doesn’t like it, and how difficult it is to do more than temporarily interrupt it before starting it up again. One afternoon, her material elicited the following fairy tale.

They come to a crossroads. The woman, not sure which road to take, stops. This gives emptiness a chance to catch up with them. By this time, the woman is tired of talking to disappointment. She turns to emptiness and says, “What do you think I need?” “I don’t know,” says emptiness. “But if you can stand my company, I’ll help you look.”

My intention is to always follow up such a telling with questions. Does this feel right to you? Does it seem useful to our work toward your goals? Does it click?

This moves us into a new stage of our work. Myra focuses on her experience of emptiness and the ways in which she had tried to fill it without having to be aware of it. It’s her repeated disappointment that drew her attention to this and originally brought her to therapy. We consider that if she can stay with the unpleasant feeling of emptiness and not do anything about it, she can increase her tolerance of it. Myra is willing—and courageous. She stays with the uncomfortable feelings. We develop a 10-minute meditation practice for her, to make her sitting a little more structured. As her tolerance of it increases, she reports that emptiness acts less like a driver for her behaviors. They seem to become less essential, and she doesn’t turn to them so readily. She begins to count days and then months of sobriety. We note she is not developing new avenues of activity, such as gambling or workaholism. The empty feeling proves to be survivable.

Later on, we notice that because she can tolerate the presence of emptiness, it acts as a support when she begins to identify and find ways to act more in accordance with her values. She begins to consider a career change, recommits to the relationship with her husband, and becomes more available to her family. Later still in our work together, we find that emptiness is not just helpful but essential in helping her explore her authentic spiritual life, which had gotten lost due to an early disillusionment with organized religion. From being an unconscious driver for problematic behaviors, emptiness became something like a sacred space in her life, in which she could consider and then meet with her highest values. It’s not that her life has become perfect. But what was originally a source of suffering, from which she fled, has become a support in making a more meaningful life.

The Story of Bill and Jay

Bill and Jay come for couples counseling. They’re both in their early 30s, employed in different sectors of the film industry. Jay describes Bill as cold, distant, and having a cruel sense of humor that he uses when Jay wants to get close. Bill notes that Jay is needy and uses emotional displays to get what he wants. I notice that Bill is adept at using figures of speech and sliding definitions (giving the same term a different meaning at the beginning of a conversation from the one it is given at the end) to evade threat. He describes being parentified along with his two brothers by their mother following her divorce from their father. He tells me how challenging it was to take care of his mother as a boy and adolescent, that both approaching her for support and not approaching her for support were negatively reinforced, that trying to take care of her and failing and not trying to take care of her were both punished by outbursts of rage. Part of my response to Bill’s narrative is the opening segment of what appears to be a longer fairy tale.

Three brothers once lived in a cottage in the forest. One day the oldest brother said, “I’m going out into the world to seek my fortune.” He set out along the path. He hadn’t gotten far when he found the way barred by an old woman, who said to him, “Shall I help you or shall I not help you?” “I don’t need anyone’s help. Don’t help me,” said the oldest brother. “Then you’ll get no help from me,” cried the old woman, and she knocked him off the path and into the forest.

The next day, the second brother also set off to seek his fortune. He hadn’t gone far when he found the way barred by an old woman, who said to him, “Shall I help you or shall I not help you?” “I need all the help I can get. Please help me,” he said. “Here’s your help then,” cried the old woman, and she knocked him off the path and into the forest.

With Bill’s cautious approval of this tale (“Yeah, sounds a little familiar”), we’re able to use it to identify and articulate his intense ambivalence about relationships. He feels the need for closeness, but no approach to it seems safe. He’s learned to use irony and wordplay to keep his sense of being at risk at manageable levels. These skills allowed him to maintain a relatively stable relationship with his mother, unlike his brothers, who in his words “were always getting eaten alive or eighty-sixed.” But the same set of skills doesn’t seem as useful in his relationship with Jay. Gradually, he becomes better able to take in feedback from Jay about the impact of these once highly useful skills on their relationship. He also begins to develop the ability to set them down when he chooses because he has become more conscious of what and why they are.

I believe in therapy. Yet sometimes, the concepts and the language seem best able to address us at our higher levels of functioning. And that’s not always where the issues that trouble us are found. Fairy tales, perhaps because we first heard them at earlier stages of our development, can engage us at those deeper levels, where we listen to the story in order to find out what happens next.