Is It Domestic Violence If I Am Not Being Hit? 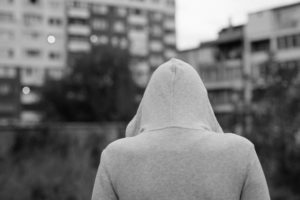 Many people struggle to understand how our culture defines domestic violence. Some believe that to constitute domestic violence, a person must be beaten or violently struck in some way. However, domestic violence behaviors do not necessarily include physical assault. While it may include sexual, emotional, and/or physical abuse, the most consistent component of a domestic violence relationship is an ongoing effort to maintain power and control over one’s partner.

The National Coalition Against Domestic Violence (2016) lists several abusive behaviors that are earmarks of domestic violence:

Abusive individuals often want the people they abuse to believe they are at fault: “If you would only ____, I would not get angry. You provoked me. You are crazy.” To be clear, there is nothing any person can say or do that provokes or deserves abuse. While a person may behave in ways that could benefit from modification, those are relationship issues. Domestic violence is not a relationship issue; it is in many cases a criminal act.

Abuse loves when we don’t talk about it; it thrives in silence. By giving a voice to those who feel they have none and talking about their pain, we give abuse nowhere to hide.

In many states, a domestic violence charge does not necessarily need to include touching a partner. Destroying property, stalking, and harassing—including menacing texts and phone calls—can constitute domestic violence. Domestic violence may be addressed in three different types of court: criminal, civil, and family (American Bar Association, 2001). Abusive people will sometimes attempt to pressure or manipulate a partner into dropping charges or to lie to help minimize the consequences of the abusive person’s behavior.

Getting Help for Domestic Violence

If you or someone you care about is in a domestic violence relationship, you are not alone. To speak confidentially with a trained advocate, call the National Domestic Violence Hotline at 1-800-799-7233. Live, private chat is also available at http://www.thehotline.org/. Information and thousands of resources, including counseling, across the United States are available to people in an abusive relationship and to friends and family of a person they believe to be in an abusive relationship. Contact a trained therapist if you need further guidance or support.

Abuse loves when we don’t talk about it. It thrives in silence. By giving a voice to those who feel they have none and creating spaces for them to talk about their pain—and offering support as they do so—we give abuse nowhere to hide.