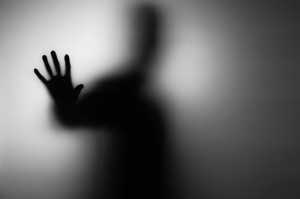 I am a counselor in Bluffton, South Carolina, and my state has the shameful distinction of being No. 1 in the rate of women killed in domestic violence incidents. My heart breaks to think of the carnage behind the doors of my community, and yet I find there is little understanding of what domestic violence is all about and why it continues.

Here’s what some of the latest statistics say about domestic violence:

Domestic violence, also known as intimate partner violence, is a very real problem that is often only whispered about behind closed doors or routinely clothed in shame when it comes to light. Its victims may be trapped in relationships where they do not see a way out.

To decrease stigma and help people understand domestic violence, here are five things everyone should know about it:

1. Domestic violence is about power and control.

Domestic violence occurs when one or both partners exert their will over the other. It isn’t about love and concern for a partner; it’s about dominating the other. Violence will look different in each relationship, but the pattern of control is consistent and may or may not turn into physical abuse.

Domestic violence is not always physical; it can also be emotional, sexual, or economic. The impact of physical violence may be easier to conceptualize, which is why many people associate domestic violence with an image of battered lovers. However, emotional, sexual, and financial abuse can be as severe and keep the victim trapped in a devastating reality without displaying obvious signs of abuse.

Physical violence, by its nature of often leaving visible marks, can be easier to identify, but counselors and therapists regularly hear the misguided notion that if a person hasn’t been battered and bruised, then no abuse has occurred. This minimizes an experience that isn’t entirely physical and can keep a victim from seeking help.

Abusive behaviors may include:

3. No two situations are exactly alike.

Victims of domestic violence are found in every culture, economic status, sexual orientation, race, and neighborhood. There is no typical victim, nor is there a typical offender.

4. Marriage counseling may not be a good idea if there is active violence.

I understand the desire to get an abusive spouse or partner into a therapy session and have someone help explain that the behavior is inappropriate. However, couples counseling when active abuse is occurring may escalate any violence. In many cases, it’s advised that the person engaging in domestic violence be treated for domestic violence/anger management before marriage counseling can be safe or effective.

5. People who stay in abusive relationships are not “stupid” or “weak.”

People stay in abusive relationships for many reasons. Many begin to Victims of domestic violence are found in every culture, economic status, sexual orientation, race, and neighborhood. There is no typical victim, nor is there a typical offender.believe negative statements about themselves that the abusive person has told them over and over. They may not have the resources or finances to leave. They may not even realize the situation is abusive and thus believe it is “normal.”

Domestic violence is rarely happening at all times, and those who abuse are often apologetic after an incident. There’s a cycle to the abuse, and a victim may have hope things will change or believe the person displaying the abusive behavior didn’t mean it. A victim may stay to maintain a home for their children, be afraid of losing custody, or worry about being unable to protect children during visitation. They may be embarrassed or still love their abusive partner. The list of reasons victims stay is long, and the reality of their situations is often complex.

If You Believe You Are Being Abused

If you think abuse is happening in your relationship, talk to someone you trust. The violence is unlikely to just go away. Reach out to a local counselor, a member of the clergy, local law enforcement, or call the National Domestic Violence Hotline at 1-800-799-7233. You deserve to live without violence in your home.