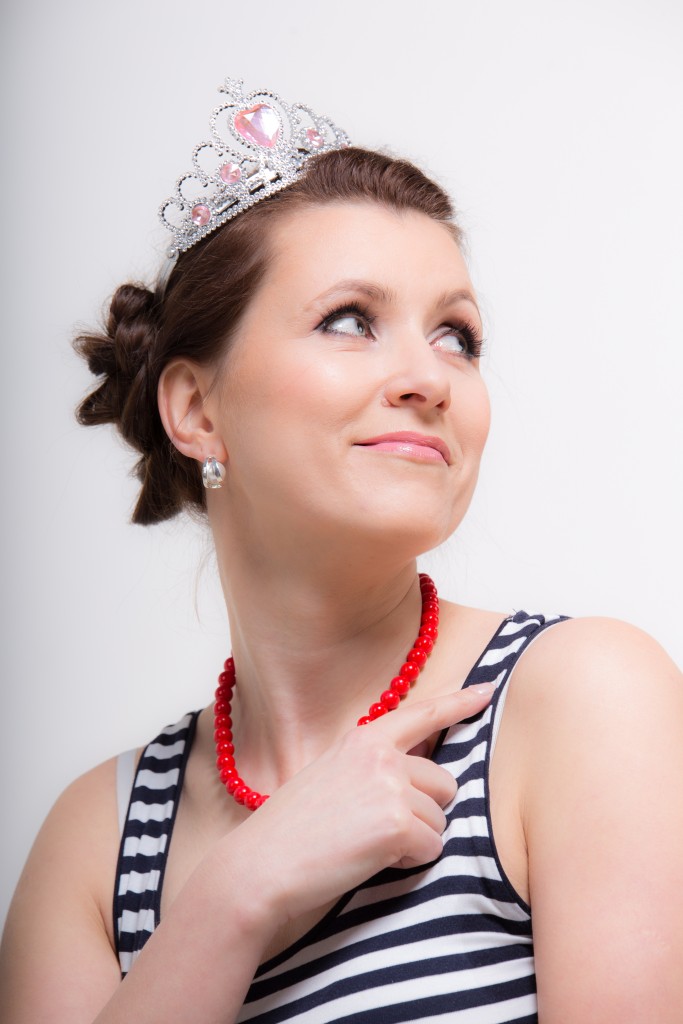 As a marriage and family therapist, I’ve had a little training in art therapy—not to the point of having the expertise of an art therapist, but enough to be able to see some meaning in pictures.

One day, my 6-year-old daughter drew a picture of our family all wearing crowns: Daddy’s crown was a masculine, one-tier crown; Mommy’s was a slightly more ornate, two-tier crown; and our daughter’s was an incredibly ornate, six-tier crown covered with jewels and bangles. It didn’t take an art therapist to see that my daughter thought very highly of herself.

As a child, I remember being discouraged from taking pride in myself. Pride was shameful. I learned that if anyone paid you a compliment, you had to dismiss it. You like my dress? I got it on the bargain rack. You like the story I wrote? The other kid’s stories were better.

Feeling good about yourself was a secret you had to keep safely tucked inside your heart, where no one could see it.

I believe that my parents hid their self-esteem and encouraged us to do so out of fear. They feared that we would be seen as vain or bragging, and they also feared that if others know what we’re proud of, they would destroy it. Like the day my daughter proudly told her class that she’d learned to ride a bike and they teased her for not learning it sooner.

Children and adults who feel bad about themselves can lash out at others and try to make them feel bad too. Even some parents fall into this dynamic; their low self-esteem may make it difficult for them to tolerate their children’s high self-esteem: Don’t think you’re smarter than me, prettier than me, more athletic than me.

Never being able to openly feel good about ourselves can be detrimental to children and adults. Keeping pride in a tiny, secret box allows it to be drowned out by all the critical, self-loathing feelings that are allowed to run rampant.

The struggle to feel good about ourselves and to avoid feeling bad is one that all people deal with. It’s the part of our wiring that spurs growth and development. Often, it involves comparing ourselves to others. It’s helpful when others inspire us to reach our fullest potential. It’s harmful when our egos rise and fall dramatically based on the successes or failures of others.

Parents walk a fine line when teaching children the difference between bragging and pride. Bragging is saying, “I have something you don’t have. I’m better than you.” Pride is saying, “I feel good about this.” The difference is in the intent. Do you intend to make the other person feel bad or are you just sharing? Some listeners will hear bragging, though, regardless of the intent, which can be confusing for children.

Experiencing negative reactions to their prideful expressions can teach children to keep it to themselves. On the other hand, speaking critically of ourselves is always socially acceptable and even encouraged: “She’s so modest!”

Never being able to openly feel good about ourselves can be detrimental to children and adults. Keeping pride in a tiny, secret box allows it to be drowned out by all the critical, self-loathing feelings that are allowed to run rampant.

Pride isn’t a sin. Self-loathing is far worse, leading to all kinds of trouble. Love for oneself is what enables us to love each other. If we want a more loving world, we have to begin with ourselves.