How to Cope with the Fact Life Is Unfair 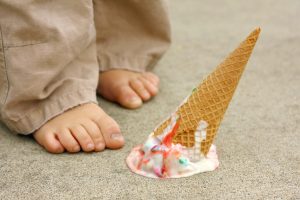 Life is unfair! Why does he have more money than me? Why is she prettier? Why does that guy get away with everything?

Injustice is a bitter pill to swallow, and some people seem to choke on it on a regular basis. If you are very sensitive to injustice, you become aware of its existence all around you; the reckless driver speeding down the street, risking other people’s lives; the coffee shop barista, friendly to young hotties but dismissive of old fogies. Injustice can stir many painful feelings: anger, frustration, helplessness, sadness, vengeance.

Revenge is the desire for justice. It isn’t fair that they should get away with that; for it to be fair, they must feel the repercussions of their actions. So people fantasize about the driver getting a speeding ticket or humiliating the young barista with sharp wit. But the revenge fantasy doesn’t make the pain go away. In fact, it makes it last longer, feeds the anger and helplessness, keeps it alive, and adds shame and guilt to already unpleasant feelings. And if you were to actually enact revenge, the consequences for you would be far worse.

“He that studieth revenge keepeth his own wounds green, which otherwise would heal and do well.” —John Milton

Many people experience this cycle of emotions: recognition of injustice, turning to rage, desire for revenge, shame, and then hopelessness, on an all-too-often basis.

Everyone experiences injustice, but why do some people suffer over it more than others? One reason may be that the people regularly plagued by injustice have experienced more extreme and blatant examples of injustice in their lives. They’ve been bullied, discriminated against, poor. However, not all people in similar situations share this painful obsession with injustice. In addition, people who have experienced relatively minor injustices can be just as sensitive to it.

One thing that people sensitive to injustice seem to have in common is a “me against them” attitude that can quickly stir them to anger; causing disruption in their relationships with other people and leading to isolation. It’s like you’re always in a fight with an invisible other person or group.

So what do you do if you’re a person whose feelings are painfully stirred by an encounter with injustice? Ask yourself the questions, “What am I feeling? What is my view of humanity? Is my anger a call to action or a cry of helplessness? Do I think that I, alone, experience injustice, whereas everyone else in the world is dealt with fairly?”

The fact of the matter is life is unfair. There is injustice in the world. We see it in the newspaper every day. Even as small children, we’re aware of this fact. From the first time some kid got an ice cream cone and you didn’t, or you were punished for something you didn’t do, you were dealing with it.

It may also be that you are unconsciously dealing with existential injustice; the aspects of life that we find difficult to accept—that we will all die someday, that there are no guarantees in life, and that we are ultimately responsible for our lives, regardless of the things we can’t control.

It may be helpful to remind yourself that there are a lot of wonderful things that people do to make the world a better place. Many people are out there striving to make a difference all the time. If a certain injustice becomes your call to action, you could be one of those people, doing your best to help those in need. But even if you choose to focus on helping yourself to become a happier, more peaceful, and more accepting person, that will make a much more positive impact on your life and the people around you than if you choose to spend your life angry and holding a grudge. Peace begins with you.