Is Honesty Always the Best Policy When It Comes to Infidelity? 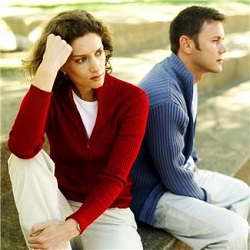 According to a recent article, being completely honest with your mate about infidelity might not always be the best strategy. Clinical Psychologist Bruce Stevens explained that understanding the need to be honest about the affair can help guide the decision whether to do so or not. Stevens has worked with couples for more than two decades and said that his experience has shown him that only about half of marriages survive after an affair has been revealed. He says, “After an affair is found out, it’s like a bomb has been dropped on the relationship and you cannot predict how it will go.”

When someone confesses to having an affair, it can create a sense of chaos unlike any other the relationship has ever experienced. Stevens knows that couples who put in the effort to work through the many issues that arise after the affair have a good chance of salvaging their relationship and usually have a stronger, better, healthier relationship because of it. Stevens says that many people admit to their affair in order to assuage their own guilt. He believes that this reason should not be the motivating factor for full disclosure. Stevens says there is no guarantee that both partners will be able to overcome the damage caused by the truth and thinks it’s almost like playing Russian roulette.

The good news is that Stevens also thinks that there is significant hope for couples who can be realistic after they go through the pain of discovering an affair. If both partners are willing to accept responsibility and recognize that they are both human beings, flawed and imperfect, they have a very good chance of moving forward in their life together. Regardless of whether partners choose to come clean about their infidelity or not, Stevens reminds us that affairs are like fairytales. They are illusions that allow us to temporarily escape reality. The difference is, affairs rarely end “happily ever after.”

Related articles:
Reasons for the Affair
When Is the Marriage Really Over?
The 5 Truths Every Married Person Needs to Know About Affairs