Reasons for the Affair 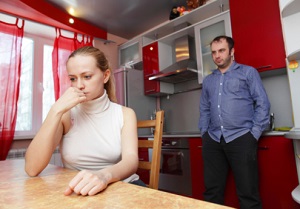 There are many reasons why an affair happens. Rarely can an affair be narrowed down to a single root cause. Sometimes factors in the relationship have the greatest impact, other times problems with the individual contribute most to the affair.

Let me first explain internal vs. external sense of self worth. People who have an internal sense of self worth know they are valuable simply because they exist. They are aware of their own strengths and have a positive view of themselves regardless of their current circumstances. It’s not that they don’t see flaws in themselves, but they understand flaws are normal and they don’t need others to validate them to know that they are okay.

A person with an external sense of self worth relies on people outside of themselves to validate their worth. Someone else must recognize their strength and worth for them to think they have any. For example, a boss must verbalize appreciation for their work or they feel useless. If no one recognizes them, they must not have value. This person is vulnerable to having an affair.

All marriages go through periods of disconnection. Disconnection is a normal marital occurrence. Children, careers, extended family, and other daily obligations become detractors in marriage. When this happens, the person who gets their sense of self worth from their partner will take this disconnection personally. They will tell themselves, “He doesn’t notice me anymore, so he must not think I’m attractive.” Or, “She’s so busy with the kids, she doesn’t care about me.” This person may then seek recognition and attention outside the marriage. They constantly need reassurance, which if they don’t recieve from their spouse, they may seek from someone who provides that kind of feedback and attention outside the relationship.

People with an internal sense of self worth view neglect as part of marriage and will take steps to reconnect with their partner. Again, disconnection in marriage is normal.

It’s important to understand that this is only one potential vulnerability to an affair. But if you recognize that you do not have an internal sense of self worth, for yourself and the sake of your marriage, it is important to work on this. Know your strengths and the value you bring to life and your marital relationship. When you feel your partner turning away from you, don’t take it personally. There is nothing wrong with you. You are lovable, valuable, and important even if someone doesn’t always recognize it. Learning to love yourself from the inside helps you become a more stable partner in the marriage and less vulnerable to infidelity.