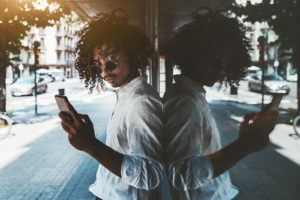 Some mental health experts consider HPD and NPD the most similar of the four cluster B personality disorders. Similarities between these conditions may include attention-seeking behavior, flirtatiousness that’s often inappropriate, behavior that seems shallow or uncaring, and a need for approval and admiration from others.

Some researchers have even suggested HPD is a manifestation of NPD rather than a unique condition, but the Diagnostic and Statistical Manual of Mental Disorders (DSM-5) lists HPD as a separate diagnosis. However, it’s possible to have both conditions, or any combination of personality disorders, and this may sometimes complicate diagnosis.

Some people believe those with personality disorders will never change their behavior. It’s true these behavior traits often respond less readily to therapy than symptoms of other mental health conditions, but treatment is still possible.

These two conditions may present similarly, but they differ in several ways.

Estimates suggest HPD only occurs in about 1.8% of people, while NPD is more common. Diagnostic criteria can vary, and the actual prevalence isn’t known for certain, but recent estimates suggest about 5% of the general population could meet diagnostic criteria for NPD. Among people diagnosed with NPD, between 50 and 75% are men. Research suggests HPD is more commonly diagnosed in women.

A main characteristic of NPD is a failure to show empathy for the feelings of others. Lack of empathy, however, is not a primary characteristic of histrionic personality. The behavior of people with HPD may seem shallow or self-centered at times.

One study from 2018 suggests people with any cluster B personality disorder may have a hard time identifying emotions—those of others as well as their own. Being unable to clearly recognize emotions can make it challenging to know when to offer compassion or support, which could seem like a lack of empathy.

Grandiosity, or feelings of superiority or exaggerated self-importance, is a primary feature of narcissism. This trait is not a significant feature of other personality disorders. People who have NPD think highly of themselves and their abilities and may, out of this superiority, tend to keep themselves apart from others in a group. People living with HPD, on the other hand, tend to want to belong and fit in.

This desire for belonging and approval marks another distinction between narcissistic and histrionic personality disorders. Both involve a deep-seated need for attention, and people living with either condition may manipulate others in order to get this attention. People with NPD don’t only need attention, however. They need admiration, praise, and recognition.

People with HPD may care less about the type of attention they receive and allow themselves to be seen in a vulnerable or even negative way, so long as attention is centered on them. They’re more likely to have a low sense of self-worth and seek approval from others to build up their self-esteem.

With HPD, efforts to get attention may seem excessively emotional or dramatic. People living with this condition may become upset easily and shift rapidly between moods. This extreme emotionality, a hallmark of histrionic personality, is less common with narcissism. People with narcissism usually show less emotion and tend to be more reserved and self-possessed.

Why Do These Differences Matter?

The words and actions of people with NPD are often hurtful since they generally have little regard for the feelings of others. In relationships, people with narcissism may require complete focus on their own needs and feelings. A partner who attempts to share feelings or get their own needs met will usually face emotional rejection or complete withdrawal. The person with narcissism may accuse the partner of being selfish or not caring for them enough.

Narcissism can make it difficult to do well in the workplace, as a fear of shame or failure can lead people with NPD to leave jobs when they face criticism. They also tend to react with outrage or disdain when facing embarrassment or criticism. Persistent feelings of shame can lead to withdrawal or depression. Other issues linked to narcissism include substance abuse and anorexia.

People with HPD may struggle in relationships for different reasons. A desire for gratification and excitement can lead to boredom in long-term relationships, and they may seek new partners frequently. Histrionic personality is also marked by a tendency to consider relationships more intimate than they actually are. Having to face the true nature of a relationship may lead to distress.

Because people living with HPD often struggle with boredom, they may struggle to keep the same job and change positions or careers frequently. They may be more successful in jobs that are less routine and involve varying duties.

Somatic symptoms and conversion disorder both commonly occur with HPD. People living with the condition may seem to be in poor health or report a variety of health symptoms to get attention, but they may also truly experience the health symptoms.

Treatment for HPD and NPD

Personality disorders are diagnosed when behavior patterns are unyielding and persistent over a long period of time. Some people believe those with personality disorders will never change their behavior. It’s true these behavior traits often respond less readily to therapy than symptoms of other mental health conditions, but treatment is still possible.

For treatment to succeed, a person must be able to recognize harmful patterns of behavior and want to make changes. People with HPD and NPD often don’t feel they need treatment and may not seek therapy on their own. It may be particularly challenging for people with narcissism to understand how their actions harm others, so they may see nothing wrong with their behavior.

Research on treatment for narcissism is very limited since people with narcissism rarely seek treatment. When they do, therapy can help them realize how their behavior impacts others. Skills training can teach how to relate to people in positive ways and how to accept and cope with personal flaws, failures, and criticism from others. The root of NPD is often a deep sense of self-loathing and low self-esteem, so when therapy can address these concerns, some behaviors associated with narcissism may improve.

Schema therapy is one specific approach that has shown promise in treating narcissism. This approach helps people identify and address maladaptive schemas, or patterns, that affect their behavior. Through therapy, people may be able to heal these schemas and learn to get needs met in healthier ways that don’t cause harm.

Cognitive behavioral therapy may help people learn to challenge thoughts that lead them to desire attention and replace attention-seeking behaviors with other actions. Psychodynamic therapy can help people understand the reasons behind the interpersonal challenges they experience, which can help contribute to positive change. Family counseling may also help, since involving loved ones in counseling can help people realize the impact their behavior has on others. Skills training and group therapy helps people learn to relate to others who deal with similar challenges.

Therapy typically also addresses co-occuring issues, including depression, anxiety, or substance abuse. Some people might also have more than one personality disorder. If this is the case, a combination of therapy approaches may be most helpful. If it’s not possible to address all presenting concerns at the same time, therapy generally aims to treat the most serious or harmful issue first and then continues to help the person work through other challenges.

But contrary to what many people believe, personality disorders are treatable, and there are skilled therapists who can offer support. If you want to make changes in your life, begin your search for a trained, compassionate therapist at GoodTherapy.