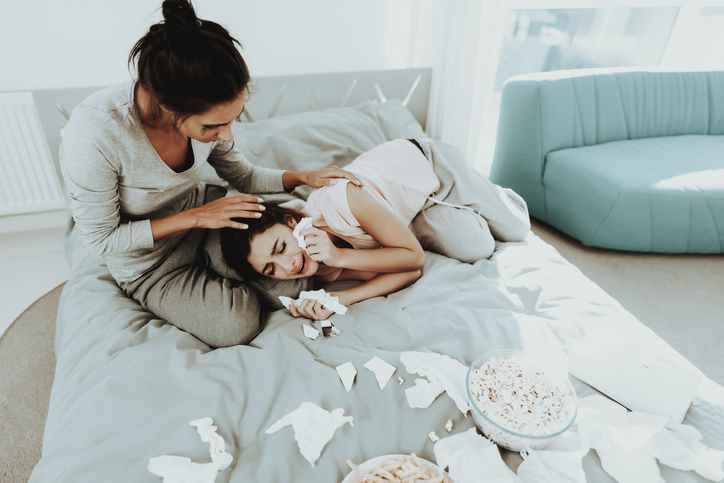 Histrionic personality (HPD) is an emotional/impulsive personality disorder. People with this diagnosis tend to have an unstable self-image and may go to unusual lengths to keep others’ focus on them. They often develop self-centered behavior and a sensitivity to criticism. These traits appear in almost all areas of a person’s life and can cause significant distress.

If you (or a loved one) show signs of histrionic personality, consider reaching out for help. While personality disorders can be difficult to treat, therapy does help many people. In therapy it’s possible to learn how to cope with and manage symptoms. You can begin searching for a counselor here.

Histrionic personality belongs to the Cluster B personality disorder category. These conditions share features such as emotional thinking and unpredictable behavior.

The fifth edition of the Diagnostic and Statistical Manual of Mental Disorders (DSM-5) lists eight diagnostic criteria for HPD. To be diagnosed, a person must display at least five characteristics over an extended period, in more than one setting. A person who only displays these behaviors among friends and never at work or school would likely not be diagnosed with HPD.

According to the DSM¬5, only about 1.8% of people have HPD. This pattern of behavior appears by early adulthood, often during the teen years. Some research suggests HPD occurs more often in women, but other studies indicate the rates of HPD may be similar for all genders.

Research about histrionic personality is still limited. It’s less common than other personality disorders, and the causes aren’t fully understood. Research suggests children of people with HPD may be more likely to develop it, which could indicate genetic factors. It could also mean children learn the behaviors from their parents.

That said, adults don’t need to be diagnosed with HPD to offer inconsistent parenting. Parents may provide attention or positive reinforcement at unpredictable times. They may offer little to no criticism or behavioral guidance. When children aren’t sure what “good” behavior and “bad” behavior is, they may continue to act unpredictably or emotionally later in life in order to get approval from others.

Such factors may prevent people with HPD from developing a strong sense of self-worth. They might instead link feelings of self-esteem to attention received from others. To get this attention, they might act in ways that seem inappropriate. They may flirt, start “drama,” or express extreme affection for people they don’t know well. They may also be overly influenced by the opinions of others.

How Does Histrionic Personality Affect Relationships?

HPD can make it hard for a person to control their emotions. An individual might lose patience easily or be very sensitive to criticism and rejection. They may have childlike tantrums or emotional breakdowns when things go wrong. This behavior can make them seem unpredictable or dramatic.

Recognizing emotions may be a struggle as well. According to a 2018 study, people with HPD have difficulty recognizing emotions in others. They may also have alexithymia, which is a deficit in recognizing one’s own emotions. These issues can make someone with histrionic personality seem as though they lack empathy.

This lack of emotional intelligence can create difficulties for people with histrionic personality. Although most people with HPD can function on a day-to-day basis, their symptoms often interfere with their social lives. For example:

These behaviors can lead to a pattern of troubled relationships in general. Feelings of depression or hopelessness may result. Like other personality disorders, HPD can cause significant distress and disruption in one’s life. Working with a therapist to address histrionic personality issues can lead to improvement of symptoms.

People who meet the criteria for histrionic personality often meet criteria for another personality disorder. It often co-occurs with other Cluster B diagnoses: narcissistic, antisocial, and borderline personalities. Dependent personality is another common comorbidity.

Research suggests HPD is linked to a high risk for depression. Difficulty coping with rejection or failed relationships may contribute to feelings of depression in people who have HPD.

Somatization (in which real physical symptoms appear with no medical cause) and conversion disorder (a form of somatization with neurological symptoms) also commonly occur with HPD.

Research has linked cluster B personality disorders to increased suicide risk. A study from 2015 linked HPD with a higher lifetime risk of suicide attempts. Suicide risk may be higher when histrionic personality co-occurs with depression. Clinical data suggest people with HPD may attempt suicide if they feel others do not care for them enough.

If you suspect you may have HPD, you can get support from a mental health professional. A therapist can help you manage your emotions and address harmful behaviors. They can also treat any co-occurring diagnoses. Therapy is a confidential way to get help without judgment.