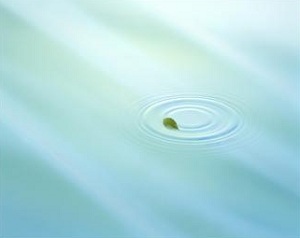 It is time to introduce Gendlin’s conception of human being. Note that I said “human being,” not “a human being.” For Gendlin, human being is “interbeing”—what we think of as an individual being is a “livings in the world, and living with” (Gendlin, 1978-79). He calls this principle Interaction First.

Gendlin conceives of human beings experientially not as separate “things” in interaction with each other. More radically, he sees our environments and us as a continuous co-creative process. We are not “inside our skins, but are our living-in the world, and living-with others” (Gendlin, 1978-79). Even our physical being is a continuous process with its inner and outer environments. Hence, in his view, it is impossible to conceive of human being as a separate entity. We are interbeing.

What is a living body such that it has the intricacy of our situations? … With the old concepts, people might say that Focusing is “subjective.” But clearly, if the situation is carried in the body, then a felt sense is not subjective. Objective then? No, also not, since “objective” means the units and patterns to which science limits anything it studies. We could fashion a new sentence that is neither subjective, nor objective, nor both: The body IS an interaction process with the environment, and therefore the body IS its situations. The body isn’t just a sealed thing here, with an external situation over there, which it merely interprets. Rather, even before we think and speak, the living body is already one interaction process with its situation. The situation is not out there, nor inside. The external “things” and the subjective “entities” are derived from one single life-interaction process (which they always bring along with them). (Gendlin 2004)

This is a radical view and paradigm shift that is difficult to absorb. We are used to thinking about ourselves and the environment “around us” through the lens and language of a Cartesian world. We are imbued with philosophical assumptions idealizing objectivity and neutrality and a mechanistic relationship of mind over body. For example, we may have heard of such concepts as the “observer effect,” yet we go about living in a way that leaves context out of the equation.

For Gendlin, the making of meaning is a pluralistic, contextual, constructed process; it is changing and dynamic, not static and eternal (Mitchell, 1993). Our lived bodily sense of things is a function of our interbeing, and our capacity for felt sensing extends us beyond the confines of our delimited physical body.

Recall that I started my first piece by saying that you have within you—“beneath” your everyday practical use of language—another dimension, an inner language that is an imagistic dialogue between you and your immediate experiencing. It is you speaking to yourself (and listening to yourself) in your own code. Gendlin calls it the zigzag between the everyday use of language and the way we may actually hold our experiencing in a bodily felt way.

Gendlin says that this kind of processing exists preconceptually, beneath our everyday use of language and concepts and the assumptions we have about how the world works. In focusing, we find our own language and meaning that is in fact much more specific and precise than our usual use of language. We find language from the sea of our being.

A client with a traumatic history sits quietly, with eyes lowered, pausing to find a way to articulate why his time in boarding school (60 years ago!) is still so meaningful to him. His life before boarding school was consumed by his father’s collapse into psychosis. He is sensing into the situation regarding boarding school—without any explicit reference to his catastrophic childhood history. After a full few minutes of silence, he finds one word that fits: Life at boarding school was “manageable.” At the point that he says “manageable,” tears come to his eyes. He doesn’t know why, but his felt sense tells him, preconceptually, that “manageable” feels right.

The therapist, attuning to her client, takes in “manageable” and acknowledges it. As it resonates within her, she realizes how much is contained in this word “manageable” for her client. Then she drifts into her own felt sense of his childhood and finds ‘unmanageable’ experientially embedded in the world of her client’s meaning making, the therapist quietly offers the newly emerging word “unmanageable” without any reference to his history, and the client considers it.

A few moments later, the client’s full catastrophe of life with his father’s illness impacts him, but in a different way. His therapist has offered a word that touches into his world precisely and with great specificity. What is captured here in two words—manageable and unmanageable—is much more than the common meaning of these words. The client is referring to the experiential world of living-with and living-in his father’s psychosis, as well as to the emergent significance of what boarding school provided for him. The unmanageable and the manageable.

Notice that the felt sensing came first. With “manageable,” he has begun to capture the world of his experiencing—the profound relief of finding himself for the first time in a world that he could handle (boarding school). Then “unmanageable” is intoned, and he resonates with the years of struggling with the catastrophe of his father’s psychosis. “Manageable” arose as a temporary wave from the sea of being. “Unmanageable” emerged from their shared sea of being.

And this shared moment deepens their therapeutic journey.