Divorce Without Remorse: When Your Ex Won’t Apologize 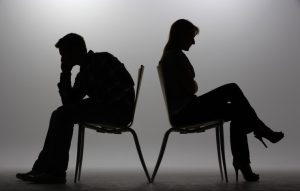 I see it all the time in my work with divorcing people: the anger, bitterness, and frustration felt when one partner betrays or deceives the other with little or no remorse for their actions.

If you’re waiting for an apology or some explicit expression of remorse from your ex, pull up a comfortable chair and get ready to sit for a while. The ability to repent for an act of betrayal requires a level of evolution that most people never aspire to reaching. Saying I’m sorry means admitting fault, as does acknowledging that the action has deeply hurt another person. Both require courage and a deep capacity for empathy and compassion.

Waiting for an apology you may never get will keep you stuck, unable to move on with your life. When the need for an apology becomes connected to healing, the focus becomes your ex as opposed to yourself. It leaves you in a powerless place because you will never be able to will your ex into giving you what you so rightly deserve.

So the work for you becomes more about how to relinquish the need for an apology, accountability, or remorse, which will enable you to move on and begin picking up the pieces of your life.

Here are five steps to relinquishing the apology you’ll never get: