When One Parent Alienates a Child from the Other Parent 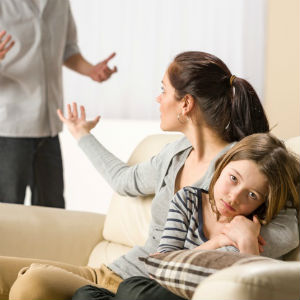 Over the past few years since starting my private practice, I have seen and worked with numerous families where a divorce was either in progress or had already occurred and child-custody disputes were in progress. Sometimes, one parent will alienate a child from the other parent out of anger, desire for revenge, jealousy, feelings of betrayal, rejection, etc. The child becomes enmeshed with the alienating parent and believes he or she must align with the alienating parent. The child may also actively participate in the process of alienating the other parent. This phenomenon is known as parental alienation syndrome (PAS).

When I observe families struggling with this type of dynamic, it brings to my awareness the victimizing nature of parental alienation syndrome for the child and the parent being alienated. The child wants to be loyal to both parents, and when he or she feels an “invisible loyalty” to one, it creates a high level of anxiety for him or her. This is a war the child cannot win.

Often, the parent affected by PAS will say negative things about the other parent to the child, with the objective of alienating the other parent from the child. The child can become virtually brainwashed into believing that the other parent deserves to be alienated, and may actively participate in denigrating the parent being alienated. The parent being alienated often feels protective, but is unable to stop the negative impact of PAS on the child and the relationship with the child. The biggest victim in this scenario is the child, as he or she will suffer the most from the fallout.

If PAS is successful, the long-term emotional impact on a child may severely limit his or her ability to form healthy relationships and to develop emotional attachment to others. In addition, PAS may have a negative impact on a child’s self-esteem and confidence, which affects a child’s general attitude about life.

Parents must recognize that when they decide to divorce and children are involved, their relationship is not ending; it’s changing. Despite the charged emotions that often surface between parents who are divorcing, they must still collaborate about what is in the best interest of their child. The “tug of war” that PAS creates for a child with one or both parents should be avoided at all costs.

The following are some things parents can do to successfully challenge the alienating parent in the phenomenon of PAS: