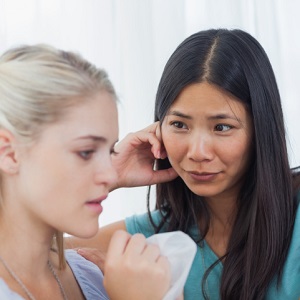 There are four types of human beings, and I believe each is designed to attend to at least one of four critical areas of need in a functioning human society.

The tasks that each temperament is designed to attend to are so disparate that significant differences in perceptions, priorities, values, and meanings are required to attend to them. These automatically triggered differences are present at birth, identifiable at an early age and, like the degree to which each newborn is left-, right-, or mixed-handed, will not change much across time.

The temperament that each child is born with may be the same as, or different from,

The nature of temperament-driven differences is such that four individuals with different temperaments can perceive, process, prioritize, and respond to the same reality in significantly different ways. Current models for making sense out of these differences treat them as matters of choice rather than of nature.

Consequently, when these differences lead to a disagreement over who is right and who is not, each assumes that the other is choosing to differ when they are not. Never-ending relationship-threatening debates can ensue driven by natural differences that neither is aware exist.

I have been providing my individual, couple, and family clients with information on natural differences in temperaments since 2000. Once most clients have realized that natural differences are at play, debilitating debates over who is right and who is not have come to an end. This allows for accommodation and compromise in areas that had not been possible before.

Taking a freeware version of the Myers-Briggs Type Indicator (MBTI) can identify an individual’s temperament. A two-letter code within the four-letter MBTI psychological type code identifies the temperament providing the driving force for that particular type. The method for identifying temperament codes is found at the end of this article.

1. Sensing-Judging (SJ): Approximately 45% of the population

People with the SJ temperament provide structure for human societies. From an early age they want to know what the rules are—the societal norms for acceptable behavior. They will then live their life according to those rules and expect others to do the same.

With regards to typological wiring, choice is not an option. An SJ person’s sense of self is connected to following the rules and honoring the traditions of their society and they will automatically be bothered when others do not. Without SJs, human beings would not have a functioning foundation, a social order.

2. Sensing-Perceiving (SP): Approximately 23% of the population

People with SP temperaments are designed to address the needs of immediate sensory experience. The common denominator for SPs that distinguishes them from the other three temperaments is their need for freedom to respond or create in the moment, as the moment dictates, without reference to others.

This independence of mind is innate, a derivative of nature’s design and an essential requirement for the purpose and function they are designed to attend to. SJs tend to take care of the structural needs of human societies, that which can be predicted and planned out. Meanwhile, SPs are attending to the needs of the moment, those aspects of human experience that are best served by in-the-moment innovation and ingenuity.

SPs adapt to the constantly changing variables of immediate sensory experience. This can be quite extraordinary; SPs are found among the most gifted practitioners of both the fine as well as the martial arts.

3. Intuitive-Thinking (NT): Approximately 15% of the population

Those with NT temperaments are designed to process information from a logical frame of reference. Their primary function is to make sure that what is said or done makes logical sense. NTs can often be found in leadership roles in science, business, government, sports, and the military, making sure that logic rules the decision-making process.

In order to attend to their role responsibilities in a functioning human society, NTs are designed to experience emotions within objective parameters of cause and effect. As with the other three temperaments, choice is not an option. If something said or done does not make logical sense, it is automatically rejected as invalid.

4. Intuitive-Feeling (NF): Approximately 18% of the population

NFs are designed to facilitate harmony in the lives of other human beings. Nature assures that NFs attend to their role of responsibility by triggering feelings of guilt and blame disproportionate to objective reality when they upset or disappoint someone or do not help others when they know they can help but may not want to.

A rule of thumb for NFs is, “If is not said nicely, it is not nice.” No other temperament is designed with this degree of guilt and blame sensitivity in their wiring. Given this innate set of priorities for experiencing a sense of meaning and purpose in life, it is not surprising that as many as 75% of marriage and family therapists in private practice are NFs.

For a free short-form questionnaire to find your own temperament, you can go to www.NaturalPersonalityInstitute.com and download the freeware questionnaire (Natural Personality Questionnaire) based on the MBTI located there. Fill it in and score it. When done, you will have a four-letter psychological type code.

The first letter of that type’s temperament code is found on the Sensing-Intuition dichotomy. That is the second column from left on the questionnaire.

In order to maximize your effectiveness in navigating communication problems with temperaments that differ from your own it is helpful to remember the following:

My mother and I provide a perfect example of this phenomenon. She was an ESTJ and I am an INFP, opposites on all four dichotomies. She was a thinking-response-oriented SJ and I am an NF. She was bluntly direct (and usually right!) in letting me know how I should be behaving.

She was genuinely surprised, stating, “Michael, I do not understand this guilt thing. I did not want you to feel bad about yourself; I just wanted you to do it right.” This comment helped me realize that thinking-oriented and feeling-oriented people naturally experience emotions very differently.

A Note of Caution

While the information on temperaments and temperament-specific psychological types tends to be accurate, it is general in nature, addressing response dynamics known to be common for individuals with each of the type profiles. The specifics of an individual’s self, separate from others, is far too complex to be captured by a temperament specific tendencies profile.

First of all, there are a near infinite number of degrees of response orientation that an individual may have on each of the four dichotomies known to determine an individual’s temperament and temperament specific psychological type. Birth order, degrees of visual, auditory, and kinesthetic perceptual processing, spirituality, aptitudes of mind, and a wide range of environmental influences, as well as an X factor to cover the inexplicable, also factor into the equation.

The complexity involved is such that true knowing of another has some very real limitations. Because of this, type profiles should be used for the gathering of general information about an individual, but most definitely not to define the person.