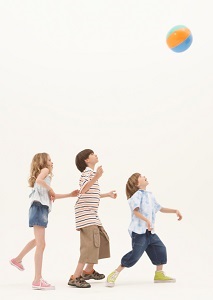 Birth order is a child’s order of birth relative to his or her other siblings. The classifications oldest, youngest, and middle child are all descriptors of birth order.

What Is Birth Order?

Just as different generations within a family might have different experiences and beliefs, children born at different times to the same parents might also have differing life experiences. Research into birth order indicates that, in some cases, a person’s birth order classification can affect him or her throughout life, and that there are some similarities between people with the same birth order in different families. For example, on average, oldest children might have more traits in common with one another than they do with middle or youngest children.

As parents raise more children, they may alter their parenting style after learning new lessons, becoming less fearful, or simply growing older. A sibling’s relationships with other siblings as well as with his or her parents can be affected by age differences, when the child was born, and how the child fits into the family. An oldest child, for example, is generally the only child in a family who ever has the experience of being an only child, while a youngest child will never experience having younger siblings. There is some debate in the research community about whether birth order is a valid science, but there are some general statements that can be made about people based upon their birth order. These statements have become so well-known that they’re often used as stereotypes in books and other media: