A Codependency Tale: The Wife Who Refused to Bury Her Husband 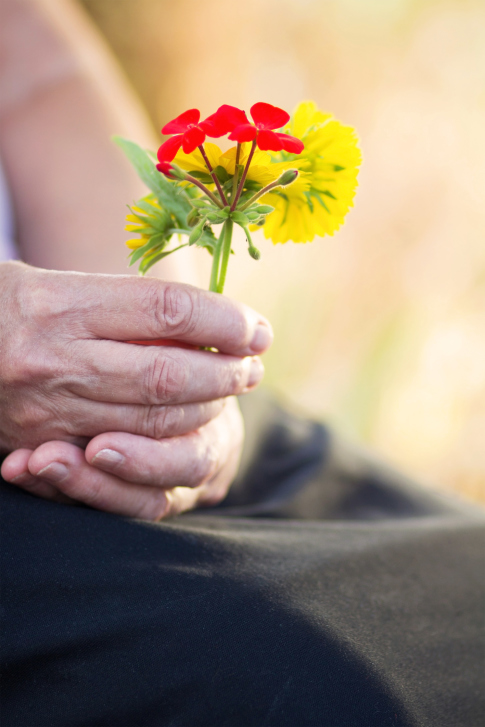 Most of us take care of others at some point, sometimes putting their needs first or focusing on helping them out of tight situations. In the 1930s, the term “codependent” was introduced to describe the partner of someone who is addicted to alcohol. What constitutes codependency was later broadened to include a wide spectrum of behaviors, from substance use to compulsive gambling to sex addiction. Codependency also expanded to include relationships in which the other person’s needs are always put first, often to the complete exclusion of a person’s own needs. It may be believed that if this is done, self-sacrifice will be recognized, reciprocated, and rewarded by the other person.

In the following fairy tale, titled “The Wife Who Refused to Bury Her Husband,” consider how codependency often plays out:

There was once a woman who loved her husband very much. Her husband became ill, and after a long time he died. The woman didn’t know how she would carry on without him, and the thought of putting him into the cold ground, casting dirt down on top of him, and leaving him all alone in the graveyard seemed unbearable to her.

So she didn’t bury him. Instead, she kept him in their bed, where he had died. She continued to take care of him, bringing him bowls of good, warm broth (for which, of course, he never thanked her), and spending what little money she had on medicine for him (which he never took), and putting bandages on him (which did no good at all). Every night, she slept next to him.

As you can imagine, the situation became challenging. Insects and other vermin came into the bed where the woman slept each night. As nature took its course, which nature will do, her own health was put at risk. Sometimes as she lay there, trying to sleep, she wept bitterly because it seemed her husband didn’t appreciate anything she did for him. But then she would rally herself: “I just need to take better care of him, that’s all. And besides, I couldn’t live without him.”

The tale opens with the woman’s husband having just died after a long illness. He’s no longer present in the relationship. People we love may become increasingly unavailable when practicing an addiction. Untreated, addictions also tend to get worse over time. William G. McCown and William A. Howatt, in Treating Gambling Problems, describe the phenomenon of “motivational toxicity,” which is the decreasing ability to be motivated by anything other than the addictive experience.

There’s another sense in which a partner or loved one can seem to be “dead.” One aspect of codependency is to always put the other person’s needs foremost and to expect that person to take care of our needs without having to mention them. When this doesn’t happen, people may perceive the other as ungrateful and unresponsive. Another aspect of codependency is the desire to manage and manipulate others. In this sense, one person becomes an object of another person’s management. Rather than experiencing that person as a subject, the way you might experience your own existence in the world, that person experiences the other as something to be controlled and arranged to best protect a sense of safety.

In the fairy tale, the woman is unwilling to bury her husband even though he’s dead. The idea of consigning him “into the cold ground” is unbearable to her.

Being buried is a natural consequence of having died, and so the woman is trying to protect her husband from this consequence. She appears to be confusing her own responses for his. The husband shows no fear or reaction to hot or cold, to loneliness, or company. Sometimes in addiction, nothing impacts the person who is addicted until that person bottoms out—in other words, the addiction no longer protects the person who is addicted from any painful feelings. Hitting bottom is how many people enter recovery.

Sometimes people with codependent patterns of behavior believe that the other person can’t live without them. In a domestic violence situation where an individual isn’t yet ready to exit, he or she might find grounds for staying with the idea: “I’m the only one who can really understand and help my partner.” This person might think he or she is a partner’s or loved one’s last and only chance for living a good life, or even staying alive. Paradoxically, this seems to make an individual feel very important, essential, almost as if the other person carries him or her as the reason for living.

The woman in the fairy tale cooks her husband nourishing meals and uses her money to buy him medicine and put bandages on him. Jennifer Sowle, in The Everything Guide to Codependency, notes, “If you are codependent, you are not powered from within; your quest for power is through controlling others.” We observe this in the woman in the fairy tale as she attempts to do just that. She tries to control something over which she has no control—trying to make her husband “get better,” although he’s in a state she can’t affect.

This may be reminiscent of some of the arrangements a person experiencing codependency might try to make, at great cost. Sometimes these arrangements are financial—bailing someone out of jail, paying a person’s debts, or providing someone with another stint in detox. Often, it’s in the form of energy someone expends and the wear and tear on his or her heart as the other person says they’ve changed and this was the last time they will strike him or her, or have an affair, or go out on a bender. But the promises an addicted loved one makes aren’t always reliable indicators of change. In the story, the husband is dead. Therefore, he’ll continue as he’s going, and the deterioration will continue as well.

As the woman keeps her dead husband in their bed, in the natural order of things, he begins to decompose. This places her at risk. Addiction often brings chaos, and things can fall apart. Consequences can include legal issues, or What could the woman in the fairy tale or anyone do in order to implement boundaries? She might begin by identifying the needs she has in her relationship and assess whether those needs are being met. She might take a moment to reflect on who she is apart from the relationship—what does she like, dislike, believe in, or do for enjoyment? having people present in the home and in a person’s life who aren’t wanted, from social workers to pushers to other people who are addicted to creditors of past-due debts. These natural consequences will affect the partner who is codependent or family members, as well as the person who is addicted. If the woman was going to do something effective, what would it be? Would it be to focus on her husband, trying to get him to respond and change, or would it be to focus on her own behaviors?

“And besides, I couldn’t live without him,” the wife says, which brings us to the heart of the matter. In Breaking Free of the Codependency Trap, Janae B. Weinhold and Barry K. Weinhold note, “You started out as a helpless infant who could not survive without the care of your parents.” As infants, people depend on their caregivers absolutely. It’s quite possible to love and cherish others, to love life in general, and to value your own life, but for those who experience codependency, the idea may be that their life somehow depends on their partner or loved one’s life, and that their partner or loved one’s life should therefore be responsive to their control, which indicates a confusion of boundaries.

What could the woman in the fairy tale or anyone do in order to implement boundaries? She might begin by identifying the needs she has in her relationship and assess whether those needs are being met. She might take a moment to reflect on who she is apart from the relationship—what does she like, dislike, believe in, or do for enjoyment? She might notice that her husband’s condition is just that—his—and that if she continues trying to rescue him from it, she’s depriving him of the chance to learn from his own life (or death, here).

As she becomes more aware of her own needs, she might notice what she doesn’t want around her. She might say to her husband, “If you’re not going to eat the soup I make for you, then I’m not going to make soup for you,” or, “If you’re going to be in our bed, you may not bring insects and vermin in. If you do, then you’re no longer welcome in our bed.” By setting these boundaries and enforcing the consequences, she may come to a place where she can assess whether she wants to continue with her husband the way things are, or whether she wants to implement change in the relationship.

Meanwhile, the hope is that the woman will begin her own inner work, wake up some morning soon, and realize what she’s in bed with.

We can’t do much about anyone’s addiction because it’s not ours to do anything with. Finally, recovery is a choice for the person who is addicted. It’s a choice that may not be selected, but we can choose a path for ourselves. We can choose to bury the past, mourn for what’s lost, and move on.