Can Child Molesters Ever Be Rehabilitated? 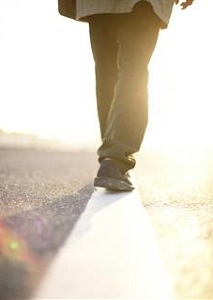 While the terms “pedophile” and “child molester” are often used interchangeably, they do not mean the same thing. A pedophile is a person who is attracted to children, but not all people with pedophilia molest children. Many individuals who are attracted to children never act on their attraction, and some seek help in order to keep from harming children.

Pedophilia is considered by some to be one of the most difficult social problems to understand. The 5th edition of the Diagnostic and Statistical Manual classifies pedophilia as a paraphilia, distinguishing it from pedophilic disorder: It is diagnosable as a mental health condition when it causes distress to the affected individual or to someone who is unwilling or unable to consent. Thus, according to this classification, having an attraction to children and not acting on it does not indicate a mental condition.

New research shows that pedophilic disorder may be neurological in nature, lending further support to the position that an attraction to children is not a choice. Some may find this difficult to accept, as those who do act on their desires and molest children have the potential to cause serious and lasting harm to many children. They may repeat their crime over and over until stopped by the criminal justice system. Many people may believe that, once caught, people who molest children deserve to spend the rest of their lives in prison, but the reality is that many of these individuals will eventually be released.

Upon release from prison, offenders are often required to enter rehabilitation programs, which are meant to redirect pedophilic urges and help a person refrain from harming children. These programs are often viewed with skepticism, as many believe that a person who molests children cannot be rehabilitated and that pedophilic urges will always lead to the sexual abuse of a child. However, there are several perspectives on the issue.

The Difference Between Pedophilia and Child Molestation

Psychological perspectives on child molestation vary greatly, but experts agree that most people who molest children fall into one of four categories:

Ninety-five percent of all known instances of child molestation are committed by people with pedophilia. Other individuals may molest children for the above reasons, out of sexual frustration, or in order to maintain power or exert control.

Though nearly all those who molest children have pedophilia, many people with pedophilia will never molest a child, and some work to eliminate their attraction to children through various forms of treatment and therapy.

Dan Savage, who frequently writes on the topic of human sexuality, has published several accounts of people who, despite their attraction to young children, avoid being alone around children and are able refrain from committing acts of molestation. It is generally acknowledged that it may take a significant amount of self-control to avoid offending and that pedophiliac inclinations typically mean a person with pedophilia will find it difficult to have a healthy sexual relationship.

In several European countries, Savage points out, people experiencing a sexual attraction to children are often able to seek treatment confidentially. In the United States, however, an individual who discloses pedophilic tendencies may be arrested, as therapists and physicians are required by law to report anyone who poses a threat to children. This law, in addition to the stigma surrounding pedophilia and the limited number of resources available to those seeking help in the U.S., is likely to discourage non-offenders from seeking professional help, help that may enable them to continue to keep from offending.

Free and confidential prevention and treatment programs–such as Germany’s Prevention Project Dunkelfeld–may help those who are attracted to children refrain from acting on their desires. Some European countries do have lower child molestation rates than the United States, and this fact may be connected to the availability of treatment.

Many people who are attracted to children are horrified and frightened by their preferences and attempt to do everything they can to keep from harming a child. They may wish to attend therapy, explore ways to curb their desires, or take medication. Making treatment available and accessible to individuals before they offend may reduce instances of child molestation.

Chemical castration is one method that may keep child molesters from reoffending. Many states in the U.S. offer voluntary chemical castration in exchange for earlier release. Some states, such as California, mandate castration for offenders with multiple convictions as a condition of release. The treatment has been shown to greatly reduce sexual desire in men who are attracted to children and to lower rates of recidivism.

Those who have not yet harmed a child and who are committed to avoiding doing so may find relief from their desires through chemical castration. In some cases, an antidepressant, which may have the effect of further limiting one’s sex drive, is also prescribed.

Sexual desire cannot be completely eliminated by castration, a fact that leads many individuals to question the efficacy of the treatment and the risk of releasing offenders who may still experience some sexual desire for children. Another objection stems from the fact that the person undergoing treatment must be relied on to take their medication regularly. However, chemical castration has been shown to be effective for many individuals and thus is likely to protect many children who would potentially be victims of sexual abuse.

Many therapists use group therapy as a type of treatment for people with pedophilic tendencies. Groups can provide a safe environment to discuss inappropriate and harmful urges, and the support of a group of individuals facing similar challenges may give some people the strength to avoid offending or reoffending.

However, when someone is involuntarily enrolled into group therapy and has no particular desire to stop offending, a support group can become a different environment. Other members may, knowingly or unknowingly, support a high-risk offender’s further attempts at molestation. But because mandated group therapy may be of benefit to some convicted offenders or those who are at risk for offending, group leaders may not wish to withhold a potentially helpful treatment from anyone. They may, however, choose to carefully screen participants prior to program entry and during treatment.

Aversion therapy pairs an unpleasant stimulus such as an electric shock, pinch, or flick along with a pleasant stimulus. Sex offenders may use aversion therapy to attempt to eliminate their attractions to children. While this therapy can be effective, it often poses ethical problems, as therapists cannot shock their patients. It can also be difficult to maintain consistency with this type of treatment. Further, when aversion therapy does work, it is unlikely to do more than eliminate the attraction to children. It likely will not help people develop an attraction to age-appropriate adults if they do not already experience such an attraction.

However, other therapists point to studies demonstrating the effect pornography can have on sexual desire and express concern that such pornography may actually create or increase a desire to sexually abuse children. Many also question the ethics of making such pornography, even when it does not involve actual children.