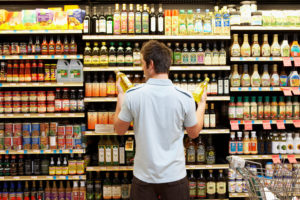 Autistic adults make more consistent choices, suggesting autism might make people less likely to be swayed by cognitive biases that affect their peers, according to a study published in the journal Psychological Science.

The study paired 20 objects into groups of two. In each pair, the objects differed in at least two ways. Each pair was accompanied by a less desirable third “decoy” item. For example, a group might include three USB drives with different memory capacities and lifespans. The decoy object in each group would be objectively worse than the other two items.

Each pair was displayed twice, but the third object changed with the second viewing. Researchers then asked participants to pick the best object.

In a second trial, researchers performed a similar study. This time, they assessed only people who scored very high and very low on traits associated with autism. People with more traits of autism made more consistent decisions than those with few traits.

This suggests autistic people might be less vulnerable to the distraction of cognitive biases, enabling them to make more decisions based on rational analysis. The researchers say this finding is a clear demonstration of how autism may not always be a disability.