Asperger’s Syndrome: What Is Theory of Mind? 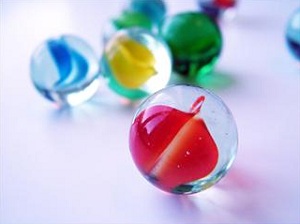 This is the first in a series of articles designed to explore some of the issues and concerns that arise around what is currently called Asperger’s syndrome, which will soon be incorporated into the broader spectrum of autism disorder when the new Diagnostic and Statistical Manual of Mental Disorders (DSM-5) is published in 2013.

As a therapist, I see clients with a variety of traits clustered at the high-functioning end of autism, now commonly referred to as Asperger’s syndrome, a term I will use until the DSM-5 makes it no longer accurate.

No two clients with Asperger’s syndrome exhibit the same cluster of traits, nor does any one client exhibit them all. However, there is one element that I recognize as pervasively diminished in all Asperger’s clients. This element is called “theory of mind.”

Theory of mind provides the basis for empathy because if you can walk in someone else’s shoes, you also become capable, by extension, of feeling any pain or delight that person experiences. You understand motivation. You catch a glimpse of fears and dislikes. You get to know the other person from the inside out.

According to autism specialist Simon Baron-Cohen, individuals with Asperger’s syndrome typically have delayed access or no access to this phenomenon of human communication and share a problem that is called mind-blindness. Since interpersonal communication is approximately 65% nonverbal, you can quickly see that not being able to formulate a theory of mind leaves these individuals at a distinct disadvantage in relationship with others because the behavior of other people does not make sense to them.

For parents, this gap can create difficulties when they treat their son or daughter with Asperger’s with the same set of interpersonal expectations with which they treat their other children and assume intact theory of mind capabilities. This can lead to incorrect understanding of the child’s behavior as being intentionally hurtful, for example, when in fact it was based in lack of awareness.

A common test used with children suspected of being autistic is called the Sally and Anne Test:

Sally has a basket. Anne has a box. Sally has a marble. She puts the marble into her basket. Sally goes out for a walk. Anne takes the marble out of the basket and puts it into the box. Now Sally comes back. She wants to play with her marble. Where will Sally look for the marble?

This test is often used to demonstrate the theory of mind deficits in children with Asperger’s syndrome. They believe Sally will look in the box for her marble because they know that’s where it is. They are unable to put themselves into Sally’s mind in order to understand that from her perspective the marble should be right where she left it: in her basket. Can you imagine how unpredictable and irrational the world must appear to a child whose logic is denied in such a manner? This is the world of a child with Asperger’s syndrome.

I work with children to help them build bridges toward understanding the behavior of others, so that they can come to anticipate that their own logical view of the world may not apply in all circumstances. This is one of the primary goals of therapy with these children. It is an attempt to help them experience the world as a safer place than it appears when their logical perspective is consistently shattered by experiences that do not align with it.