Are Shame and Fear Keeping You from Living Authentically? 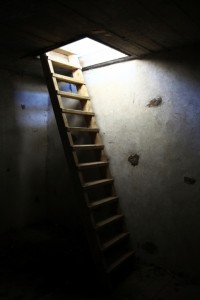 One of my favorite writers, fellow social worker Brené Brown, has dedicated years researching vulnerability and all those other seemingly ugly things—such as shame and fear—that get in our way of becoming our best selves. Vulnerability, in particular, gets a bad rap. Although it seems unappealing at best and hurts like hell at worst, vulnerability is a prerequisite when it comes to living a life of authenticity and intimacy.

As a writer, I often put myself “out there” at the risk of being rejected, criticized, and judged. (Surprise—three of my least favorite things!) As a therapist, I ask the people I work with in the therapy room to do the same—that is, if their goal is to create deeper intimacy in their lives. Brown’s work has forced me to turn the mirror on myself and find out how shame and the fear of being vulnerable are holding me back from being the best writer (and therapist, friend, sister, partner, etc.) I can be.

It’s important to note the difference between guilt, the feeling of regret for one’s actions, and its more pervasive counterpart, shame, the feeling that we, at our core, are not good enough, inadequate, less than, and undeserving.

In her book Daring Greatly, Brown speaks of the little “gremlins,” or the negative messages we give ourselves (often external sources internalized), and how, in a twist of self-fulfilling fate, those negative gremlins sometimes end up showing up all around us. For example, the old friend you made back when you were in a dark place (when you could keep each other’s misery company) who expects you to be the same you and attacks you when you’re not. (Tip: It may be time to de-friend that friend.) Or the colleague who resents your achievements and thus feels the need to put you down to lift himself or herself up. (Reminder: It’s not you, it’s him/her!) And, finally, one of the worst creations to have come from modern technology—so-called Internet trolls. (What less courageous way to express yourself than to anonymously and publicly bully/shame someone brave enough to put themselves out there?)

The title of Brown’s book is inspired from Theodore Roosevelt’s “Citizenship in a Republic” speech, in which he states: “It’s not the critic who counts. … The credit belongs to the man who is actually in the arena, who if he fails, at least fails while daring greatly.” If you are going to criticize someone’s work or behavior, Brown suggests, you’d better be in the arena, bloody and sweaty and fighting right along with that person.

What sadder outcome than the shutting down of a voice that could possibly add something to the world, if only simply touching one life for the better?

I’d like to add that if you feel the need to criticize, do so openly and with respect. Or better yet, as my mother used to say, if you don’t have anything nice to say, don’t say anything at all.

What sadder outcome than the shutting down of a voice that could possibly add something to the world, if only simply touching one life for the better? How many voices and gifts would we have missed out on if those who were brave enough to dare allowed the naysayers to shut them down?

I speak to myself as I struggle to allow myself to even write this piece as, you can be sure, my own gremlins are hard at work. But, like Brown, I will walk the walk and put my words into the ether regardless of how vulnerable it may make me. Because ultimately, I do aspire to a life lived with authenticity and intimacy—no matter how much it may hurt. The alternative is just not an option. So, bring it on.

I dare and encourage you to do the same.

What are some things that shame and fear are preventing you from achieving?