Eradicating Shame and Stigma: We Still Have Work to Do 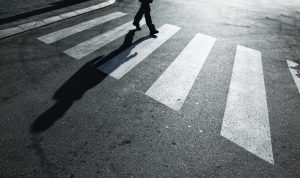 “Out of suffering have emerged the strongest souls; the most massive characters are seared with scars.”

Anyone who has struggled with mental health would likely agree that philosopher Kahlil Gibran very well could have had mental health in mind when he wrote those words, for they are certainly apropos.

Often, out of pain, one is forced to grow and to change. Remaining static is not an option. One who has fought his or her way out of the debilitating abyss of depression or the paralysis of anxiety, or any other affliction of the mind, and came out on the other side can truly understand the meaning and the joy of being free from its grip. Further, such a person often has the character and depth of soul of one who has been forced to fight against the tides of societal stigma and, for some, self-shame.

In my last article on the topic, The Last Taboo: Breaking Down the Stigma of Depression, I was touched by the comments and feedback from individuals throughout the country with whom the material seemed to resonate. Many shared their own stories of walls they continuously come up against, both externally and within, along their paths toward mental health. Others insisted that the topic is outdated, that stigma is a thing of the past, and that mental health is no longer a taboo subject. How wonderful it would be if it were universally true.

It is true that in large metropolitan cities such as New York, some would consider it to be in fashion to be in therapy. I recently heard a colleague describe the use of antidepressants among New Yorkers as akin to being on antibiotics in its ubiquity. The point being it is becoming more and more accepted to seek treatment, whatever form that may take. However, this is unfortunately not the case in other parts of the country and certainly the world. In many cultures, the idea of seeking out psychological help, whether seeing a therapist or, heaven forbid, taking medication, is looked upon as a sign of weakness—and for the more ignorant or simply uninformed, a sign of being “crazy.”

On the sometimes controversial topic of medication, after witnessing so many lives being saved physically and spiritually with the help of medication, it continues to bewilder me when this is questioned. Do we live in a society of overconsumption and overdependence on pharmaceuticals? Yes. Are there more people reliant on medication than possibly needed? Perhaps. Should this discount the thousands of people throughout the decades whose lives have been improved or saved by medical science? An emphatic no! When diagnosed with diabetes or a heart condition, for example, most would not give a second thought to taking insulin or other appropriate medication that will improve the quality of life and quite possibly the length.

The approach to treating mental health issues should be no different. More often than not, a physiological or chemical imbalance is to blame. Sometimes it is an early trauma or traumas. Often it is a combination of both. Never is it the fault of the individual, and seeking help is not a sign of weakness. This is why stigma—internal as well as societal—needs to end.

In honor of the recently completed Mental Health Awareness Month (May), my advice to anyone struggling with less-than-perfect mental health (and really, who isn’t?) is, rather than surrender to its pull or view a diagnosis as a life sentence, to embrace it as a challenge—to use it to grow and learn. If writing is your medium of expression, write! If advocating and helping others is your area of strength, do that. Share your gift with the world—we all have one. Many have gone so far as to consider their mental health challenges as a gift. I’ve known several people with schizophrenia to frame it this way, focusing on the brain’s ability to see the world around them in a way others cannot and holding onto that with pride rather than doom.