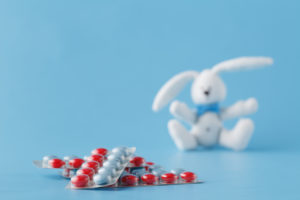 The number of children taking psychiatric medications has been rising over the last few decades. In 2014, the National Center for Health Statistics estimated 1 in 13 U.S. children between the ages of 6 and 17 takes medication. Many people believed the report was clear evidence that children are overmedicated. Yet a new study challenges that argument.

Psychiatric Drug Use in Children

Researchers gathered data on 6,351,482 people aged 3-24 years from the IMS LifeLink LRx National Longitudinal Prescription Database. Next, they analyzed prescription rates of three drug classes: antidepressants, stimulants, and antipsychotics. The annual percentage of young people who took drugs in any of the three classes was as follows:

Next, researchers compared the known prevalence rates of various psychiatric conditions to the rate at which drugs for these conditions were prescribed. They found that prescription rates are lower than diagnosis rates. For example, about 1 in 8 teens experiences depression each year, but less than 1 in 30 were prescribed antidepressants. About 1 in 12 children have symptoms of ADHD each year, though only 1 in 20 received a stimulant prescription during the study year.