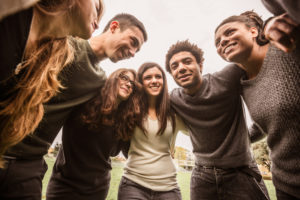 Asexuality is a spectrum, not a single homogeneous identity. People on the asexuality spectrum often refer to themselves as “ace.” Asexuality is not a fear of sex. While some asexual people have trauma histories, sexual trauma does not cause asexuality. The right sexual experience or partner will not change someone’s asexual orientation.

Therapy can help people better understand their sexual orientation, deal with stigma and discrimination, and communicate across differences in sexual desire and orientation. Begin your search for a therapist here.

What’s the Difference Between Romantic Attraction and Sexual Attraction?

Asexuals may experience romantic attraction but little or no sexual desire. Or they may experience neither romantic or sexual attraction. Many asexuals use the term “aromantic” to denote a person who has no romantic interest.

A 2011 survey estimates at least 55% of asexuals have some romantic feelings.

Many asexuals have happy, successful romantic relationships. Some become involved with other asexuals. Others date sexual people and find ways to navigate differences in desire.

Celibacy is not the same as asexuality. Though many asexuals choose to avoid sex, not all celibate people are asexual. For example, some clergy choose a celibate lifestyle despite strong sexual feelings. Likewise, not all asexual people are celibate. Some asexuals experience limited sexual desire in certain situations. Others choose to have sex to preserve relationships with sexual partners.

Sexuality as a Spectrum

Asexual people’s views on sexuality vary. Some identify as sex-positive, which means that they see sex as a potentially positive thing that they simply do not desire. Others are antisexual, which means they see sex as a negative thing. As with sexual people, an asexual person’s views on sex can be influenced by many factors—religion, the larger culture, experience with sex and relationships, and more. Sexual beliefs about the utility and value of sex are not the same as sexual orientation.

Cultural norms and discussions of sexuality often leave asexuals out of the discussion. Many people have never even heard of asexuality. Others believe that only those with a history of sexual abuse could possibly be uninterested in sex. Consequently, many believe that asexuals are not “real.” They may question an asexual’s orientation, seeing it as a sign of trauma or negative beliefs about sex.

For many asexuals, asexuality is an important part of their identity. Having that identity called into question can feel condescending and dehumanizing. For example, an asexual seeking medical care for a sexual health issue might face skepticism from a doctor about their orientation. They may experience gaslighting as the doctor tries to “fix” their asexuality instead of the health issue at hand.

Some asexuals are targeted for “corrective rape.” This is a form of rape designed to “correct” the person’s sexual orientation. For example, a romantic partner may refuse to accept a person’s asexual identity and rape them to convince them they should like sex. Corrective rape, like other forms of rape, is extremely traumatic. The threat of corrective rape and other forms of violence may cause some asexuals not to tell people about their orientation. This contributes to asexual invisibility.

Limited awareness, social norms suggesting that everyone wants sex, and other cultural factors support numerous myths about asexuality. Some of the most common include:

Is Asexuality a Mental Health Diagnosis?

Asexuality is not a mental health diagnosis. Notions to the contrary undermine acceptance of asexuals and contribute to discrimination. A 2010 analysis found people who identify as asexual have typical levels of interpersonal functioning. They are no more likely than other groups to have mental health conditions.

Hypoactive sexual desire and sexual aversion, meanwhile, are considered mental health issues. These conditions can cause a person to have an unusually low sex drive and to experience distress in sexual situations. These conditions can also affect the physiological response to sex. However, these issues are not the same thing as asexuality. Most asexual people have a typical physiological response to sex and don’t normally feel anxious about sex. They are just uninterested.

How Therapy Can Help Asexual Individuals

Asexuality is not a mental health condition. Therapy, however, can help people who identify as asexual lead more fulfilling lives. Discrimination and social norms about sexuality can cause some asexuals to feel depressed or anxious. Experiences of sexual trauma, especially corrective rape, can lead to posttraumatic stress (PTSD). Therapy offers a safe space to process these emotions and set goals for self-care.

A psychotherapist can help asexuals who struggle with social rejection, loneliness, and isolation stemming from their identity. Therapy can also help asexuals better understand their location on the asexuality spectrum. In therapy, an asexual person may learn to advocate for their sexual and romantic needs, while abandoning internalized shame, self-loathing, and self-doubt.

Couples counseling can help asexual couples identify and communicate their needs. When there is an imbalance in sexual desire—such as when one partner is sexual and the other partner is asexual—therapy supports healthy communication and negotiation. It can help partners identify strategies to help both parties get what they need without sacrificing their well-being.