The Search for ‘Good Enough’: Recovering from Failure and Rejection 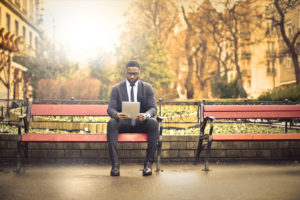 Recently I realized I struggle with perfectionism. Fear of failure and rejection, for me, bring up feelings of insecurity, not being good enough, and disappointment. I find myself procrastinating on new projects or personal initiatives. I seem to be “studying,” “researching,” “thinking,” and constantly “talking” about what I’m going to do instead of taking action. I find that I stall and tell myself “it’s not good enough”; that way, I can avoid all the uncomfortable feelings associated with failure and rejection. Because let’s face it: they feel terrible.

Yet, in the education and business worlds, concepts of failure and rejection are often glorified. We hear messages (and I say them too) about “learning from failure,” “fail early, fail often,” and “rejection is just a turn on the path to success.” Blah, blah, blah. People can spout clichés all day long, but they don’t make failure or rejection feel any less awful.

As an entrepreneur, life coach, and therapist, I live in the gray/ambiguous world of hurt and confusion. Day in and day out, I work with men experiencing failure and rejection. In this article, I want to share common scenarios of failure and rejection; why they hurt so much; unhelpful ways we respond; and ideas for how to recover and accept “good enough.”

5 Common Examples of Failure and Rejection

Chances are you can identify with one or more of the scenarios above. So, if failure and rejection are so common, why do they hurt so much? Why do we want to curl up in a ball and never try again?

5 Reasons Failure and Rejection Are So Painful

At its core, perfectionism is about fear of failure and need for acceptance. We often don’t finish or even start so we can avoid the anxiety and possibility of being hurt.

5 Steps to Recover from Failure and Rejection

Failure and rejection stir up all kinds of unpleasant feelings. Understanding why they’re painful can help us form productive responses and move toward recovery and healing. If you struggle with failure and rejection and want nonjudgmental guidance, contact a licensed therapist.