When Cross-Dressing Puts Relationships in the Crosshairs 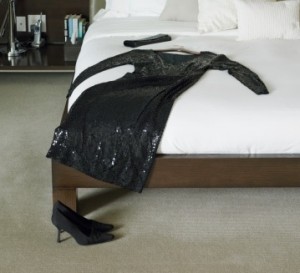 A long time ago, my (much older) bachelor next-door neighbor confided in me that his pleasure in life was purely “sartorial.” Unfamiliar with the term, I ran to my dictionary and learned sartorial meant “pertaining to clothing, especially men’s.” But this distinguished college professor was no dandy—his clothes appeared unremarkable, plain, and masculine.

As we became better and better friends, he confessed to me that his sartorial interests were with feminine clothing, and that he had been wearing female lingerie under his tweed suits for many years. He lamented that he had lost his last girlfriend years before when “the allure of her panties reared its satin head.” What offered a sexual turn-on for him was a turn-off for her.

He wanted my help with shopping for dresses, but I was wearing work shirts and overalls—this was the early 1970s, and nobody condemned me for dressing like a male farm worker! Since I couldn’t offer shopping assistance, I spent time with him and listened.

Henry was lonely and felt keenly isolated. He felt he didn’t fit in with gay men. “They would think I’m a homosexual hiding out in the closet and avoiding my desire for another man,” he would say. He thought transgender people also disdained him: “They think I don’t have the guts to act on my transsexual longings.” Henry was sexually attracted to women.

Since that time, I’ve learned much more about cross-dressing, a type of compulsion or need that some people, primarily men, have to dress like another gender, also known as “transvestism.” Apparently Henry’s sweetheart was fine with this until he began raiding her underwear drawer.

Most male cross-dressers I’ve met since then are heterosexual, married, and the last guys you’d imagine dressing like a girl. Many choose macho professions to help hide or mitigate the feminine side of themselves—jobs such as firefighter, auto mechanic, or plumber. A male cross-dresser may derive sexual excitement by identifying with a woman, but he can still maintain a heterosexual consciousness when out in the world.

I don’t know what happened to Henry. I know he yearned for a female partner who would understand. He especially hoped that one day he would marry a woman who could accept him with all his quirks and proclivities. Back then I don’t believe there was as much support available as there is now.

Guys reading this while wearing frilly garb might be concerned about being caught. This fear is shared by many cross-dressers. You might want to look at the most recent edition of The Tranny Guide, sometimes referred to as “the tranny bible”—a book full of helpful and humorous suggestions. Laughter can really help! Another book that many people have found useful is The Man in the Red Velvet Dress.

Therapy won’t take away your desire to cross-dress, but it can help you find peace with yourself, especially if your intimate relationships are being adversely affected.

So, what if you’re a wife or girlfriend discovering your guy’s sartorial interests? I recommend a 90-day “chill” period before taking any drastic measures. Talk to him about what he does and why. Read anything written by Frances Fairfax, especially A Wives’ Bill of Rights. Look at the site for The Society for the Second Self or “Tri-Ess,” a national organization for cross-dressers, their wives, and their families. These folks do everything from campouts to discussion groups to bus tours, and they may be able to help you find a local support group.

One wife told me years ago that it would have been easier to accept her husband if he announced he was gay. She felt scared she would lose “the butch part of him—the manly part.” That didn’t happen. Over time, she came to terms with it: “There are worse things he could be doing, and I’ve found he’s the same guy I fell in love with before he broke out the Little Bo Peep outfit for Halloween. I don’t always condone his fashion statements, but I don’t need to divorce him, either.”