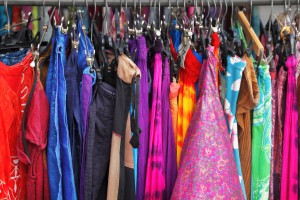 Transvestism, which is also termed cross-dressing, describes an individual’s wearing of clothes that are typically associated with a different gender from the one with which that person identifies. Some individuals who engage in this practice may prefer the term cross-dresser, and others may refer to themselves as transvestites.

The term transvestite is sometimes mistakenly used to refer to a person who identifies as transgender (or transsexual, although this term has fallen out of general use), when, in fact, the two identities are entirely different. People who cross-dress often have a consistent gender identity, whereas a person who is transgender identifies with a gender that does not match the biological sex that person was assigned at birth. Transvestism and gender identity are two distinct, separate identities, and wearing the clothes that are associated with the gender that a person identifies with is not considered cross-dressing.

Neither is transvestism necessarily related to an individual’s sexual orientation. Some people wrongly assume that individuals who practice transvestism are homosexual: Research shows that a majority of individuals who identify as transvestites are heterosexual men who dress in women’s clothing to express an inner femininity or desire to be seen as beautiful. Though there are female cross-dressers, they tend to be less noticed and less stigmatized by others, as women’s clothing tends to be more gender-specific than men’s clothing, and a woman in men’s work clothes or a formal suit is generally no longer an incident that is remarked upon, as it may have been in the past.

Female impersonators, known colloquially as drag queens (a male impersonator would be known as a drag king), are often called transvestites, but this scenario is different, too, in that female impersonators generally dress in women’s clothing, or “drag,” for the purpose of entertaining an audience. People who practice transvestism often cross-dress privately, and not for the entertainment of others. Those who cross-dress, whether publicly or in private, do so to express aspects of their identity that may be inconsistent with their typical, socially prescribed gender expression, and not necessarily out of distress, identification with a different gender, or for the purpose of sexual arousal or gratification.

Many people also assume a sexual connotation that is not necessarily present upon hearing “transvestite.” The term “cross-dressing,” on the other hand, does not tend to carry the same connotation. For many who consider themselves to be transvestites or who cross-dress, their wardrobe choices are not sexually motivated or associated with a sexual fetishism.

Transvestism in the Diagnostic and Statistical Manual (DSM)

Transvestism is not a mental health condition and is not listed in the DSM. However, transvestic disorder, which is described as the practice of cross-dressing when accompanied both by sexual excitement and emotional distress or social impairment as a result of the excitement, is listed as a paraphilic disorder in the DSM. This condition has been shown to occur most often in males, and it may involve an individual’s dressing entirely in clothing and accessories associated with a different gender or might only involve a few articles of clothing, such as undergarments.

In general, fetishes are not problematic unless a person experiences distress as a result of the desire. Dressing in the garments of another gender is considered to be a fetish when the person is sexually aroused by wearing those garments, but the fetish is not treated unless it causes feelings of anguish or psychological turmoil for the individual experiencing it.