Emotional Abuse: Is It Traumatic? 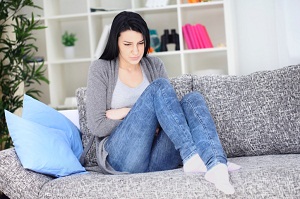 When a loved one hurts you through excessive criticism, put downs or abuse of any kind, you experience emotional and often simultaneous physical pain. But can emotional abuse be considered traumatic? Dr. Francine Shapiro defines two types of trauma—“big T” trauma and “little t” trauma. “Big T” trauma refers to what we commonly think of as trauma like war or natural disaster, “little t” trauma refers to incidents such as getting teased as a child or getting rejected by your first love. Most people experience “little t” trauma some time in their lives. People who live with and love someone emotionally abusive experience “little t trauma” on a daily basis. The experience of put downs, criticisms or whatever form emotional abuse takes, not only wears down self-esteem but also impacts the nervous system. Memories of the abuse can elicit negative feelings, tense physical sensations along with negative thoughts about yourself long after the abuse has occurred.

Human beings are born with a fight, flight, or freeze response. This is nature’s way of protecting us from danger. However, our minds can’t differentiate between the danger of let’s say the sound of a grizzly bear from the sound of the voice of someone who yells at you on a regular basis. In essence, prolonged exposure to emotional abuse can create similar symptoms to posttraumatic stress disorder experienced by a combat veteran. These symptoms include anxiety, depression, social withdrawal, and avoidance of situations or people that are reminiscent of the abuser, difficulty sleeping, flashbacks of abusive memories, difficulty focusing on the present or trouble concentrating. There can also be stress-related physical symptoms like migraines, digestive problems, fibromyalgia, or fatigue.

My work as a therapist is devoted to help heal those who have suffered from abuse. I believe the only way to facilitate deep and lasting healing is to treat the trauma associated with the abusive incidents. I do so with a technique called Eye Movement Desensitization and Reprocessing. EMDR has been well researched as an effective treatment approach to eradicate symptoms related to trauma. This technique can alleviate anxiety, depression, and other related disturbances resulting from emotionally abusive experiences. EMDR helps the individual eradicate any disturbance related to an abusive incident; the memory of the incident remains but the disturbing emotions and sensations associated with the memory are eliminated. Then, the person can move on in their life free from the “ghosts” of the past. EMDR can relieve symptoms fairly quickly.

Here’s a case example. “Jane” came to therapy lacking self-confidence in meeting men. When I took a look at her thorough history, it turned out she was mercilessly bullied by peers when she was a child. Jane agreed to EMDR treatment and after a few sessions, reported no leftover negative emotions or disturbances when she thought about the bullying. She reported feeling more confident and outgoing in the company of men. Even the way she carried herself changed; she held her head high with much better posture having an air of confidence.

You don’t have to suffer from trauma related to emotional abuse. You can free yourself of painful memories and move on with your life in a positive direction with the help of an EMDR trained therapist.