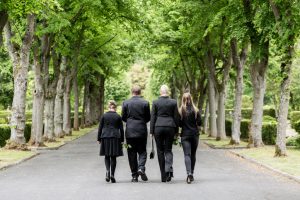 I hardly dare to write or even think about suicide, a topic difficult enough to discuss when it is not outright painful. Suicide, attempted or completed, has touched the lives of many. You may know someone who has died by suicide or someone who has made an attempt. You may have experienced thoughts of suicide yourself.

There are people who consider the act of suicide to be a sin, an act tantamount to murder, and consider it unforgivable under any circumstances. My personal belief, though, is that some situations, such as long-term physical pain or terminal illness, may make suicide seem like a rational course of action. Of course, emotional pain can be intolerable too. Severe depression, for example, which may feel endless and can be a match for tormenting physical pain, can often play a part in the development of suicidal thoughts.

When someone we love dies by suicide, whatever the reason behind their choice, we are likely to feel unspeakable grief. We may feel angry or hurt; we may perhaps experience guilt. Along with these emotions, we might feel a desire for answers and explanations. We want to know why this happened, how it could have happened.

When A Loved One Dies By Suicide

People who complete suicide sometimes leave notes or discuss their plans with loved ones. Other people might say nothing. Even when we have some knowledge or understanding of a person’s reasons, suicide leaves us ungrounded. We need something to hold onto.

I myself know people who have died by suicide. My father’s cousin, who was fatally ill, asked to be removed from his respirator so he could die on his own terms. Another of my cousins who was incurably ill and in pain did something similar. They both said goodbye to close family members before passing on.

One lovely young man I knew who was battling addiction also chose to end his life. He was extraordinarily kind, funny and smart—a feeling soul. Before he died, he took his mother on a trip to the northwestern United States, a place they had both wanted to visit. I don’t know if they discussed his plans, but I do believe this was his way to say goodbye and tell her he loved her. I do feel he was, in some way, looking to be close to her and compensate, in a way, for his death.

Some months after this young man’s death, I read a Facebook post from an older woman, a message that was unusually warm.  Her wishes to her friends and her thoughts about life were so lovely—it took time and rereading to realize it had been a goodbye to those of us reading, a suicide note—that, in fact, she had already passed on by the time I read the post. Many of us wrote back, remembering her gifts and her compassion, expressing their love. I was not the only person who couldn’t believe she was dead.

Again, I hesitate to write about suicide. My intention is not to inflict pain, to challenge anyone’s beliefs, or to cause difficult feelings. I only want to help those left behind, the survivors, survive, but I’m not sure if I can.

The people I’ve written about just now had deep relationships with others. They took care of the people around them, both in their lives and in their deaths. Each of these people understood what they were doing and knew their choice would have an impact on the people close to them.

They said goodbye, either directly or metaphorically, to make sure those who survived them knew they were loved. And though their absence left a painful, unreal space, a hole, they are all still alive inside of me. There are always reminders that they are gone, as there should be. They were here, but now they are physically not, though they live in memories and as part of our emotions.

Some might consider love and suicide to be antithetical. But I believe death and love are both so big that they encompass their meanings and their opposites, their synonyms and their antonyms.

To me, the most touching death of all was that of the young man who traveled with his mother before he died. The enormity of his love, and of all that he left behind, is almost more than I can bear. I find his death so poignant because he was young—not yet thirty—and because he and his mother embodied the primal pair of mother and child. Birth and love. Ultimate connection, followed by the ultimate disconnection. But not. (The iconic image of the Pieta—the Virgin Mary holding the body of the dead Christ in her lap, appears before my eyes as I write this.)

When your life has been touched by suicide, working through the complicated feelings that develop can be a challenging process. The support of a qualified therapist or counselor can often be of benefit. If you are having thoughts of suicide, we urge you to reach out. The National Suicide Prevention Lifeline (1-800-273-8255, TTY: 1-800-799-4TTY) is available at any time, day or night. Additional crisis information and resources are available here.

If you would like to read further on this topic, I suggest Linda Phillips’ book A Beautiful Here: Emerging from the Overwhelming Darkness of My Son’s Suicide.