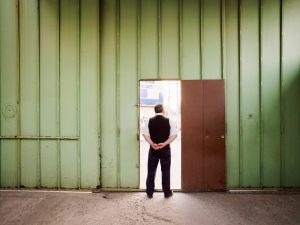 Death with Dignity, also called physician aid-in-dying and medically-assisted suicide, occurs when a medical doctor provides a terminally ill, mentally competent individual with a prescription for a lethal dose of medication that will allow the individual to end their life at a time and place of their choosing.

Death with Dignity has been increasingly discussed in recent years and is now legal in some parts of the United States (as well as some other countries of the world), but the topic remains a controversial one.

This practice can be considered one possible option for end-of-life care for individuals who have a terminal illness. A number of terms are used to refer to the practice, which is most commonly known as physician-assisted suicide, but in recent years a number of institutions have rejected the use of the term “suicide” due to its connotation of mental and emotional turmoil. However, others criticize “physician aid-in-dying” due to the potential for implication that a physician actually assists the individual in the process.

When diagnosed with a terminal illness, a person is likely to face an overwhelming array of emotions as they come to terms with the idea of impending death. For some people, Death with Dignity laws provide a way to increase their sense of control at the end of life and may allow them to enjoy the remaining time they have with the knowledge that they have a way out when they can no longer manage the pain and other effects of their illness.

In order for an individual to obtain a prescription for life-ending drugs, they must reside in a state where this practice is legal, be a mentally competent adult who is able to make their own informed decisions, and be diagnosed with a terminal illness that will lead to death within six months, as confirmed by two physicians. Death with Dignity is typically considered a last resort, to be used when all treatment options have failed.

It is important to note that physician aid-in-dying differs from euthanasia, which involves a provider administering a life-ending medication. Euthanasia is illegal in all states. A doctor who aids a patient in dying according to Death with Dignity acts simply prescribes the medication, which the individual self-administers whenever and wherever they choose.

As of 2016, 991 individuals in Oregon have chosen to end their lives with with prescribed medication since 1997, when Death with Dignity became legal. In Vermont, 24 deaths between 2013 and 2016 have been recorded, and there have been 712 reported deaths in Washington since 2009.

Where Is Physician-Assisted Suicide Legal?

Currently, Death with Dignity is legal in only five states: California, Oregon, Vermont, Washington, and Montana. Oregon was the first state to enact a law, the Death With Dignity Act in 1997, allowing the practice. Although the specific regulations vary by state, it is typically necessary for the prescribing provider to be a physician—a doctor of medicine or osteopathy—who is licensed to practice medicine in that state. Further, doctors are not required to participate in the practice. This means that doctors do not have to prescribe a lethal dose if they do not feel comfortable doing so.

Considerations for Those Considering Death With Dignity

The first step for a terminally ill individual considering ending their life with the help of prescribed medicine is typically to speak with their medical provider. If the physician is unwilling to explore or consider the option, then the individual may choose to find a different doctor. Although the specific steps vary by state, individuals who want to pursue this course must typically prove that they are residents of a state in which it is legal, make a series of oral and written requests, and complete mandatory waiting periods. In California, individuals must also complete a final attestation form 48 hours before taking the life-ending medication.

If an individual resides in a state in which Death with Dignity is illegal but is certain that they want to obtain life-ending medications, they may consider obtaining residence in a state where the practice has been legalized. Other individuals choose to opt for other ways to hasten the end of life, such as not participating in any medical treatments or voluntarily stopping all food and water intake after indicating their refusal of life-sustaining treatment, a right that is supported by law.

There is considerable debate around the ethical implications of physician aid-in-dying. While some argue that it goes against a doctor’s ethical obligation to preserve life and do no harm, others believe that it is acceptable because alleviating the suffering of a terminally ill person can be a way to avoid doing harm. Whatever their personal feelings about the practice, providers who support this practice must reside in states that have Death with Dignity acts in order to legally provide a patient with medication to end life.

If an individual with a terminal illness expresses a desire to end their life to their doctor, there are a number of factors the physician will likely take into consideration, including the individual’s motive, degree of suffering, psychosocial support, and level of comprehension of their diagnosis and prognosis. The decision to provide a lethal dose of medication is one that most physicians take very seriously. Ultimately each physician is responsible for determining whether they are comfortable participating in this practice. Providers can neither coerce nor prohibit physicians from providing Death with Dignity to a terminally ill individual, though they may prohibit participation on the premises.

While therapy is not typically required for an individual before they receive a prescription to end their life, it can be helpful as the decision may be a very difficult one to make. Counseling around end-of-life issues can help a person to consider all of their options in a supportive environment and make a decision that aligns with their own wishes and values. Because Death with Dignity laws require an individual to be mentally competent, a medical provider may request a psychiatric evaluation in order to ensure a person is able to make the decision to end their life with a clear and sound mind. In such cases, an individual may get such an evaluation from a psychologist or psychiatrist.