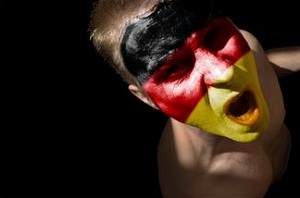 Sports generally are viewed as harmless pursuits, a source of social interaction and bonding, exercise, and stress relief. But in recent years, highly publicized incidents of fan violence have raised concerns about the culture surrounding sports. The vicious 2011 beating attack on Bryan Stow at Dodger Stadium in Los Angeles is just one such example. Alcohol-fueled fights and skirmishes are increasingly common at all levels of competition, from playgrounds to professional leagues. Most people who have attended a sporting event have witnessed at least one example of an out-of-control fan.

What’s behind this surge in violence? The problem may not be the nature of sports themselves, but rather the way society treats sports in conjunction with personal factors. A closer look at some factors that may contribute to fan violence:

For many sports fans, their teams of choice become a proxy for their own identities. Overidentifying personally with a favorite team may be a contributing factor to sports violence. A person who watches a favorite team lose, or witnesses an unfavorable referee call, may behave as if he or she has personally suffered. The advent of Facebook and other social media, as well as message boards and other gathering places for fans, may make it difficult to disengage from favorite teams or let go of bad memories. These platforms also provide more access to inflammatory views from rival teams’ fans, fueling deep feelings of loyalty, protectiveness, and anger that boil to the surface amid the emotional current of a live game.

Alcohol plays a significant role in many fan altercations. At National Football League games in 2011, more than 7,000 fans were ejected for inappropriate or violent behavior. Some fans spend all morning and afternoon tailgating and drinking with friends before watching the event and then celebrating—or grieving—afterward. People often are intoxicated before even entering a venue. The feelings of deep loyalty and anger that many fans feel can be exacerbated by alcohol consumption.

Despite years of progress toward gender equality, many men feel pressured to meet expectations of traditionally masculine behavior. Sports can be a significant platform for masculine identity, and people who identify with hypermasculine culture may be more likely to attend sports events. Combined with adrenaline, overidentification, and ready access to fans with opposing allegiances, some men may be inclined to be violent when exposed to triggers. Likewise, women in hypermasculine environments that promote disrespectful or violent behavior may also be more inclined to engage in it.

Certain people are at a greater risk of engaging in violent behavior. People who have experienced a recent stress such as job loss, the death of a loved one, or a perceived humiliation are already on edge and more likely to react emotionally. Many people attend sporting events to alleviate stress. However, when a favored team loses, a person is heckled, or a person loses a significant bet associated with a game’s outcome, stress may explode into rage.

Millions of people attend sporting events every year, and the vast majority never commit a violent act. When 100,000 people pack a stadium, though, the odds are high that a number of them are under the influence of alcohol. Combine this with an emotional, hypermasculine environment and exposure to opposing sentiment, and you’ve created a recipe for fan violence. Proactive measures such as reporting inappropriate behavior immediately, limiting alcohol intake, and actively encouraging sportsmanship among peer groups, can help address an increasingly challenging threat to our enjoyment of sporting events.