Should You Attend a Friend’s Wedding Even If Your Heart Says “No”? 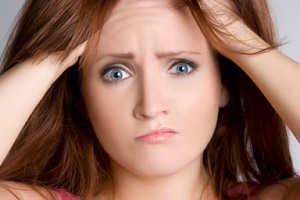 Yesterday Ellen walked into my office looking annoyed and confused. “I don’t know what to do. Robin invited me to her wedding and I don’t want to go, but I think I should. It’s a destination wedding, a long weekend in Mexico- four days! It might be fun but I can’t afford it, and I can’t take time off from work either. But I have to go.”

“Why do you have to go?” I asked.
“Because of what happened. Her parents both died in an auto accident last year, and she will feel awful getting married without them.”
“That is tragic. Who is standing up for her?”
“Luckily, Robin has brothers and a sister, aunts, uncles and cousins- a big family, and they will all be there.”

“That’s good. Are you and Robin close friends?”
“No. But I helped her out a lot when her parents died, and I feel like I have to go. I’ve been worrying about this all week, ever since I got the invitation. I went out and charged plane tickets and bought some really nice presents right away. Maybe I can find somebody to share a hotel room so I can save some bucks. I’m really over my head financially. I just can’t afford this…..”

“You feel you have to go, even though you can’t,” I said.
“What should I do? I’m driving myself crazy.”
“Well, explain to me why you think you have to go.”
“I told you, Robin’s parents died in an accident.”
“That’s awful, but why does that mean you have to go to the wedding?”
“To make up for her parents.”
“Oh, can you?”
“Of course not. But Robin expects me to be there. What should I do?”

So there you have it. That’s the problem. Ellen wanted me to tell her what to do, but I thought it was more important for Ellen to figure this out for herself. Perhaps I’ll tell you her decision- but maybe it’s more interesting to ask you what you think about the situation she found herself in.  Difficult decisions like this have to be made by the person involved, not by the therapist. There are many answers; Ellen has to find out what is the best answer for herself. What does she really want to do? Maybe we can figure it out.

We have some clues to help with our detective work:

Generosity must come from the heart. If your head is telling you that you must, and your heart is saying otherwise, take another look at the situation.  Ellen’s body language was pinched up and uncomfortable- anxious looking. She needed to find a free place inside herself to listen deeply and find out what she really wanted to do.

There are many answers. What would you do? What do you think Ellen decided to do?

Related articles:
Part II: Should You Attend a Friend’s Wedding Even If Your Heart Says “No”?
A Picture of Lasting Love
Love Is Not Enough