Five Rights Your Children Should Have in Your Divorce 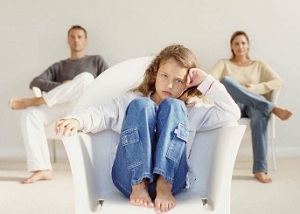 We know that when a marriage ends it is the parents who are divorcing. But do we think about the fact that our children aren’t getting a divorce, they are getting two households in which to continue living with their family. Their parents relationship is changing to something different than they have yet experienced. What do you need to think about so that your children are taken care of as well as possible? For some, the question is what rights do children have in a divorce? Here’s a list that is a good place to start.

1. Children have the right to live in a conflict-free zone. Your children should not have to go back and forth between two homes feeling the anger and tension between their parents. The best way to deal with this is to take care of the issues you are in conflict over. Find a way to work out your disagreements. Work with a third party if necessary, but keep the conflict out of the co-parenting relationship so it is out of the lives of your children. When children do not do well after their parent’s divorce, this is the number one reason why that is the case.

2. Children have the right to love each of their parents. Your children should be able to feel and express that love without interference from anyone. You may have an opinion of your ex that you feel your child needs to be taught about so they can be better protected. Unless your ex is truly dangerous and a court has found this to be true, do not subject your children to your beliefs that make it difficult for them to be in your presence and also feel love for their other parent. The other parent has also had a part in creating your children. Children will sometimes become safe-hating if they perceive that they have traits that are similar to the other parent. This may play out differently depending on the age of the child. It is important to consider it no matter the age.

4. Children have the right to not feel responsible for their parent’s divorce. It sometimes happens that children believe their parents are getting divorced because of something they did. They can feel responsible for the fights you have because of something they asked for that you may have disagreed on. They may think their behaviors when told they had done something wrong could contribute to their family changing in this very big way. Children believe their actions have more far-reaching effects than is actually the case. Feelings of guilt and shame often accompany these thoughts and they are not always shared with anyone. When telling your children you are divorcing it is helpful to make sure they know that there was nothing they did to bring this about and it is most helpful if you can tell them together.

5. Children have the right to not be the messenger for their parents. Because it seems logistically easier, backpacks, suitcases, notebooks, etc. that belong to your children are often thought to be appropriate conduits for material that needs to go back and forth between households. This is very often problematic. Children should not be the messengers for support checks, important papers, etc. It sometimes happens that the material that is brought with them in the transition is upsetting to the receiving parent. Perhaps the amount of the check is not what they had expected or the paperwork is inflammatory. This has the impact of your child feeling as though they are the reason you are not happy and they are somehow at fault. It is very important that your children not take part in any exchanges between you. They deserve to be protected from the information you are sending to the other parent.

These are just a few of many things to be aware of as you go through this process. It helps to try to look through the world periodically through the eyes of your child.