Infatuation in My Forties: Was It a Midlife Crisis? 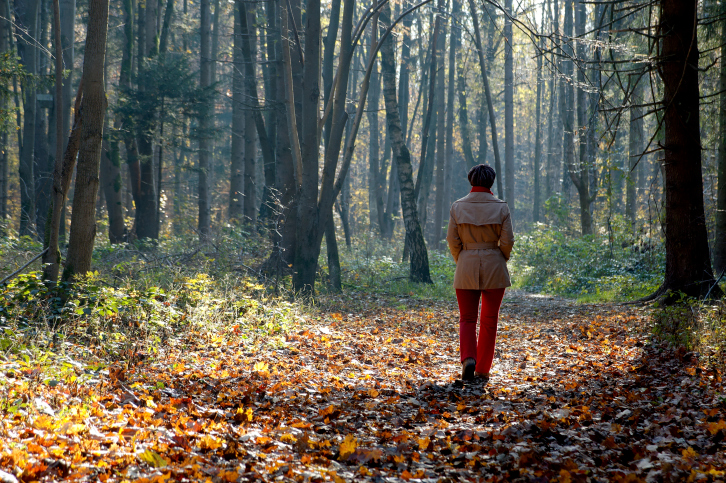 Just over three years ago I considered myself happily married and content to grow older gracefully. I was 46, working hard as a senior school teacher and raising two teenage girls. My husband, who is almost 10 years older than me, had been in poor health after an operation and had been off work for several months. Much of my life was about obligation—it was tedious and I was in a rut.

At the start of the academic year I was assigned, once a week, a 29-year-old trainee teacher. The first day I worked with him I thought what a nice young man he was and wished my daughters would meet someone like him one day. He had a gentle nature and such a non-confrontational approach to teaching that the students took to him immediately.

By week three I was hopelessly in love with him. We were relaxed with each other, could talk for hours and had such an intense connection. I could think of little else, day and night. I have never longed for someone, cried over someone, or been absolutely driven to distraction like I was with this man. I completely lost my perspective, and almost my sanity.

The thing is, unlikely as it may seem, he was obviously attracted to me. He paid me endless compliments, stared at me constantly in class, commented that my husband was lucky, described me to a colleague as ‘beautiful’ and ‘wondrous,’ blushed and stammered when we met around school and generally acted like someone with a teenage crush. The week of Valentine’s Day, he gave me a beautiful drawing of a heart that had obviously taken hours; another day, when I complimented him on his teaching, he responded with “There are just not enough superlatives in the world to describe how wonderful I think you are.” I was in heaven.

Against this barrage of affection I consistently maintained a ‘you’re very sweet but I’m happily married and far too old for you’ response. It was agony but I couldn’t show him how I felt. What held me back was my devotion to him—a relationship between us could never have worked and the one thing I wanted in the world more than him was for him to be happy. When he left after a year I was heartbroken and went for counseling to make sense of it all, which really helped in several ways: I could talk my obsession through in safety and realize how impossible it was, I was able to explore what was missing in my marriage at that time and try to identify the positives, but moreover, my counselor helped me to address problems at home and improve the relationship with my husband.

Three years on and things are completely different—this infatuation, or whatever it was, is all but forgotten and hardly seems real. My husband is mostly back to good health and we are much happier. I’m also doing more things for me—I’ve reduced my working hours and enjoy a more balanced life. And the young teacher? We have stayed in touch, but inevitably he has moved on. When we occasionally meet I can’t honestly understand what I saw in him.

Karina is a senior school teacher, now aged 49. She lives in England, is married and has two daughters—one at college, one at university. The episode that she recounted happened three years ago.