Following in a Parent’s Footsteps 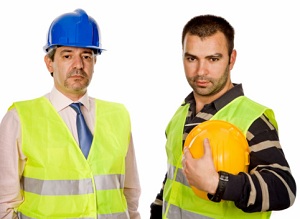 These sentiments are often expressed with great joy and pride. Many parents are delighted and honored when their children seek to emulate them. As children grow older and think about what they want to be when they grow up, some choose to be in the same occupation as the parent.

When children opt for the same work roles as their parents, they may have the advantage of a role model who can show them the ropes, provide connections for school or jobs, and set the stage for what it is like to be in the parent’s job. Often, sharing the same job with a parent can increase the attachment between parent and child and make the relationship closer. Sometimes, though, when parent and child have differing ideas about how the work role should be performed or conceptualized,  conflicts might undermine the relationship. Under these circumstances, it may be difficult for the parent to accept that, while their child is drawn to the parent’s work, they have their own ideas about how that work should be done.

Alan and His Father

Alan came to see me about the conflict he was experiencing working in his father’s business, a chain of sporting goods stores. At the time he sought therapy, he had been working for his father for five months. It was especially important to Alan that I understood that he felt like he was working for, not with, his father. He admitted that he was surprised how much he liked the work. It was a fun environment to work in and he could even envision himself taking over the store someday. But he was concerned that he would never be given enough authority or autonomy to  feel like he could implement his ideas. For now, he didn’t feel he could really make the business into his vision of what he wanted it to be. His father had a completely different way of thinking about the stores.

Growing up, Alan had loved going to work with his father. He would help his father stock the shelves and talk about the latest equipment. They would go over every detail of the most recent sports game they had watched together; they were both intense fans of the same teams and this helped to create a profound bond between them.

But as Alan and I talked, some of the underlying issues connected to his conflict about continuing to work for his father began to emerge. Alan began to realize how difficult it was for him to let his father know that he wanted something that was different from what his father wished for. He recalled that, growing up, he didn’t like to get into arguments with his father, so he either just went along or never voiced his own wishes if he thought they would result in conflict.

He remembered how, on the rare occasions that he had tried to assert his own desires against his father’s ideas, his father had become very cold toward him. In middle school he became interested in hard rock music and wanted to learn to play the guitar. His father derided the music as having no value and refused to buy the instrument or pay for lessons. It wasn’t until Alan stopped expressing his wish to learn to play the music that his father resumed his friendly, jovial relationship with him.

After high school graduation, Alan went to an out-of-state college to study business administration. His parents were very supportive and paid his tuition and board. Overall, Alan described his home life as satisfying. Toward the end of Alan’s college, his father began to ask him about his future plans. Although one of Alan’s professors was encouraging him to apply to a company he had some connections with, Alan’s dad began to push his idea that Alan could put his business skills to good use in the sporting goods business. He invited Alan to come and work for him.

Alan’s first thought was, “How am I going to be able to tell him that I don’t want to do this?” Feeling anxious, Alan told his father he would think about it. But his father kept trying to convince him, and Alan began to waiver. Feeling pressured and worried about his relationship with his father, Alan’s agreed to give the sporting goods business a try for a year and then decide if he wanted to stay on or get into the corporate world.

Alan Learns to Assert His Ideas

I asked Alan when the last time was that he and his father had a disagreement, other than this recent conflict about his work. Alan told me that he couldn’t think of one. After their differences about music, Alan didn’t engage his father when they were in disagreement, so Alan’s father didn’t know that Alan had different points of view. Now, Alan believed his father thought that everything was okay and assumed that Alan would stay on in the business even though the agreement was to see what happened after one year.

When Alan realized that it had been a very long time since he tried to assert his own desires against his father’s wishes, he wondered if it was worth a try to speak with his father and address his concerns about his role in the business. He was anxious about how his father would respond to his need to have more authority and to be a partner, not an employee. He worried that if he brought it up, his father would become cold and rejecting as he had in the past. In spite of his worry, Alan decided to risk his father’s reaction. He hoped that if he could convey how much he shared his father’s love for the store, perhaps their differing ideas about the business would be more acceptable.

All Alan wanted was for his father to be able to listen and take his thoughts seriously. He told me, “I have to remember that I’m not eleven years old anymore. If my father gets cold and rejecting, I don’t have to give up what I want to please him. I know that he still loves me. I have to remind myself that I am not doing anything bad to him by being different.”

Self-Assertion is Not an Attack

Alan’s realization captures what a child needs to come to understand about their self-assertion: it is not bad to assert one’s unique, separate self to a parent. While a parent may feel hurt or disrespected, those are feelings, not facts. The child’s challenge is to tolerate the parent’s feeling by being respectful, understanding, and empathic. The child should recognize, “I understand that my parent feels like my differing ideas are an attack on him, but I know that is not how I feel. They are just my ideas.”

Some parents can find it in themselves to understand that their child’s difference from them is not a statement that there is something wrong with the parent. Rather, the child has developed into a separate person who may disagree with the parent. Hopefully, they can both respect the other person’s thoughts and feelings. Unfortunately, there are some parents who find it impossible to consider a child’s individuated, separate self as anything but an attack on their own way of seeing the world. In such cases, there may be nothing a child can do but understand that this is just how the parent feels, and that they can’t take responsibility for the parent’s wounded feelings.

Alan did speak with his father. After much discussion, he was able to help his father understand how he felt when his father treated him like an employee. He began to understand Alan’s wish to work with him, not for him. Alan and his father continue to talk about their work relationship and Alan is much less afraid to speak his mind. He is much happier at work and with himself. It is a work in progress.