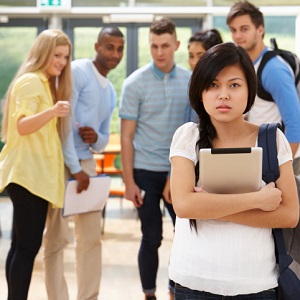 The ongoing dispute in Congress over a recent pay equality bill has reignited discussions about discrimination in the workplace. As political pundits debate the causes of discrimination, minority groups who live with unfair treatment experience the consequences. Disparate treatment isn’t just a moral problem, though. It can also lead to serious individual and societal consequences.

People who are exposed to stereotypes about their group tend to live up to those stereotypes, often leading to poor performance. A concept called “stereotype threat” explains this phenomenon. Numerous studies have found that, when a member of a minority group is reminded of a stereotype about his or her group, that person is more likely to under-perform. A woman who reads a book claiming that women are innately bad at math immediately prior to taking a standardized test, for example, will likely do worse on the test than she otherwise would.

Stereotype threat is so strong that sometimes minorities do not even need to be reminded of a stereotype. Simply drawing attention to group membership—by asking them to check the sex or race box on a test—can trigger stereotype threat.

It should come as no surprise that discrimination is stressful to those who experience it. Doctors already know that stress increases the lifetime risk of heart attack, stroke, cancer, diabetes, and a host of other health and medical issues. New research suggests that discrimination-related stress may be even more dangerous.

A 2008 study found that, among African-Americans, race-related stress was a stronger predictor of health problems than other sources of stress. Such research may help shed light on ongoing health disparities between whites and blacks. On average, white men live about seven years longer than black men, and racial minorities are more vulnerable to chronic health problems and terminal illnesses. Perhaps such disparities are the direct result of a lifetime of stress.

Discrimination is inherently stressful, and stress increases a person’s risk for developing depression, anxiety, and similar mental health challenges. The rates of anxiety issues are significantly higher among women than men, and women are more than twice as likely as men to develop posttraumatic stress.

While a variety of factors play a role in these differences, discrimination could be one. Women are significantly more likely to suffer abuse than men, with one in three women experiencing a sexual assault at some point in her life. Such abuse is a significant risk factor for posttraumatic stress, and may also play a role in other mental health challenges.

The U.S. Substance Abuse and Mental Health Services Administration estimates that drug abuse costs in excess of $500 billion annually. Discrimination may be one factor that helps inflate this number. A 2010 study found that the experience of gender discrimination increased a woman’s likelihood of using hard drugs, even when a woman didn’t report experiencing stress as a result of such discrimination.

When people doubt their ability to perform well, they may develop explanations to explain poor performance that don’t harm their self-esteem. One common mechanism is self-sabotage. For example, a student who worries about his ability to do well on a math test might go out drinking the night before so that he can blame his poor performance on a hangover. Several recent studies have shown that the experience of discrimination increases the likelihood of self-sabotage.

One of the most unfortunate consequences of of discrimination is that they may serve to increase discrimination. A minority student who repeatedly sabotages himself may be blamed for his under-performance, even when such self-sabotage is his way of coping with racism. A woman who experiences sexual violence might develop posttraumatic stress or turn to drugs.

Such mental health consequences could then be used to justify denying the woman resources or opportunities. By becoming more aware of the risks of discrimination, it’s possible to minimize its effects and steadily work toward a world free of oppression.