Rainbow Racism: It Doesn’t Stop with Being Gay 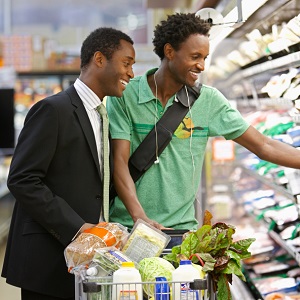 Recently, Nina Davuluri became the first Indian-American person to be crowned Miss America. Almost before the announcement of her achievement was made, a tsunami of negative and racist comments flooded the Twittersphere. Many of these comments focused on her nationality and skin color, and a great number suggested she did not represent a true American.

“Really?” I thought. I was shocked by how swift and public the backlash against this woman was. I found myself feeling a lot of empathy for her because I, as a gay man, have experienced the same type of discrimination and ugliness because I do not fit into the dominant story written by a hetero-normative society about what a “man” should be.

As I followed the coverage of the public response to the Miss America outcome, another disconcerting fact began to emerge. It was not just white people who were decrying the crowning of this woman. There were comments from individuals representing an array of racial and cultural backgrounds.

For many LGBT (lesbian, gay, bisexual, transgender) people, this feeling of being a member of a minority that is not represented as part of the mainstream story of America resonates deeply. This perception of not belonging, even as the country becomes more accepting and open, permeates the lives of sexual minorities across the country and often creates feelings of separation, anxiety, and even fear. This language of nonacceptance can be demoralizing, leaving LGBT people feeling left out in the cold and misunderstood.

And yet within this minority community of LGBT people who have directly experienced the slings and arrows of discrimination, there is still a rampant sense of racism toward other members of the community. Within the gay world, there are many rifts based on the color of one’s skin, one’s sexual preferences, one’s “outness,” flamboyancy, socio-economic level, HIV status, and age, just to name a few.

Not sure if this is true? Let me share with you a moment I witnessed many years ago that opened me up to this anomaly in our community. A group of us, at that time confident young twenty-somethings, were out for an evening at one of the big gay dance clubs. As we stood in line, one of my closest friends, who is black, started to get anxious as he pulled out his ID. When I asked what was wrong, he told me to watch what happened as we approached the bouncer. Now, remember that all of us looked about the same age. For most of the group, including me, the bouncer did not even ask our age or check IDs, but when it came to my friend, the bouncer asked for ID, asked for a second form of ID, scrutinized the license, scrutinized my friend, and then finally admitted him after an embarrassingly long examination.

In my naiveté I couldn’t believe what I had just witnessed, but my friend shared that this was a common occurrence when he went out. And many of the minority members of the LGBT community go through a similar experience every time they interact with their gay brothers and sisters. This kind of thing happens all over the country, every day.

All too often, members of ethnic minorities who are also sexual minorities experience an increased amount of hostility from their families and communities, sometimes to the point of complete alienation and expulsion because of culturally and religiously ingrained aversions to their sexual orientation.

Many of these individuals look for support and acceptance in established gay communities, usually in large cities, only to find the same alienation and discrimination they were trying to escape in the first place. Although there is much talk about diversity within the gay community, the truth is that there is also rampant racism, discrimination, and stereotyping.

This racism leads to divisiveness, sometimes even violence, and creates a pervasive feeling among racial and other LGBT minorities of not belonging to a larger story—that of being gay. The more the community of LGBT people is driven apart, the more isolating it can feel, and this separation causes many people to struggle with self-esteem, personal strength, and identity.

The psychological health and well-being of all members of the LGBT community depend on finding love, caring, and acceptance from other members of the community. As a minority who has felt and understands discrimination, there is an ethical duty to stop racism in its tracks and develop a higher standard of acceptance and caring.

When you find yourself meeting people in the LGBT community, step outside the narrow vision of normal interaction and challenge yourself to meet people of all skin colors, ages, shapes, and sizes as a means to directly alter this internal racism. Try talking, dancing, or even dating someone who is of a different race or ethnic heritage. By breaking down barriers within the LGBT community, we can actively improve the strength of the community as a whole.