Can I Go to Couples Therapy for a Same-Sex Relationship? 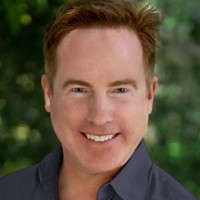 John Sovec, LMFT
: Couples therapy can be valuable for any relationship, including same-sex relationships. There are times in any relationship where communication breaks down and having a therapist who is trained to work with LGBT couples can assist a couple in rediscovering their passion for each other.Not just any therapist is a good match for gay couples, and is important to investigate the therapist’s training in working not only with couples, but especially having additional training in working with same-sex couples. This additional training will assist the therapist in being more aware and empathetic to the needs of an LGBT couple and will also help the couple to feel comfortable talking openly about the unique qualities of an LGBT relationship.

You, your partner, and your therapist need to be comfortable talking about all aspects of your relationship. As you create a therapeutic alliance with your therapist, it becomes easier and easier to talk about the deeper issues that are influencing you as a couple. In the most effective style of therapy, both of you should be able to speak openly about your needs—mental, emotional, spiritual, and sexual.

Finding a therapist who is trained and comfortable working with LGBT couples can be of great value to the growth and development of your relationship, and can help the two of you to build the foundation for a long-lasting relationship that addresses all of your needs. 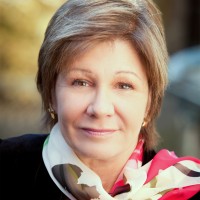 Margaret Nichols, PhD: The short answer to this is of course, but there are some caveats. First, you will want to make sure that the therapist you have in mind is gay-affirmative. Most therapists these days have gotten past the belief that homosexuality is an illness or a sub-optimal lifestyle, but that is the way it used to be taught in graduate programs of psychotherapy. Counselors trained prior to the 1980’s might still hold these terribly outdated views, so it’s worth checking out.It also helps to have a therapist who is not only gay-affirmative, but knowledgeable about LGBT issues. To be sure, most of the issues same-sex couples face are similar to those handled in heterosexual marriages, and therefore the most important criteria in selecting a therapist is that they have solid experience and training in couples issues, and in sex therapy if sexuality is one of your problems.

There is extensive research literature on lesbian and gay relationships that suggests some important differences between same- and opposite-sex couples. Same-sex couples tend to have less family support, which impacts them in negative ways, particularly if the couple has children. Lesbians and gay men tend to stay friends with their ex-es which many straight people find puzzling. Inexperienced heterosexual therapists may also assume that the gender role presentation of a couple reflects gendered divisions of labor in the relationship, and this simply is not true for same sex couples. In other words, a lesbian ‘butch-femme’ relationship or a gay male ‘top/bottom’ one may reflect erotic roles, but in fact, same-sex couples are much more egalitarian than heterosexual ones—a research finding that has been consistent more than 30 years.

Sexual differences exist as well. Lesbian couples have less sex than either gay men or heterosexually married people; moreover, asexual lesbian couples are often quite affectionate with each other and may not see the lack of genital sex as a problem. Approximately half of gay male couples are not monogamous, and therefore issues surrounding nonmonogamy are much more often a source of conflict within the relationship. Therapist not experienced with gay lifestyles may automatically assume the problem in such a couple is the nonmonogamy, instead of helping the men negotiate rules that will make nonmonogamy palatable to both. Lesbians are not as nonmonogamous as gay men, but the monogamy issue is one that is discussed and debated frequently.

Finally, there is a substantial overlap between the lesbian and gay community and the bisexual, trans, kink, and polyamory community. If that applies to you, make sure that your therapist is comfortable with non-traditional lifestyles and choices as well as with gay people. 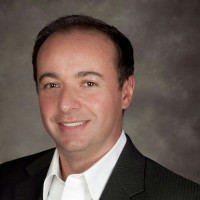